Remembering Love: Gintama and The Art of Seriousness 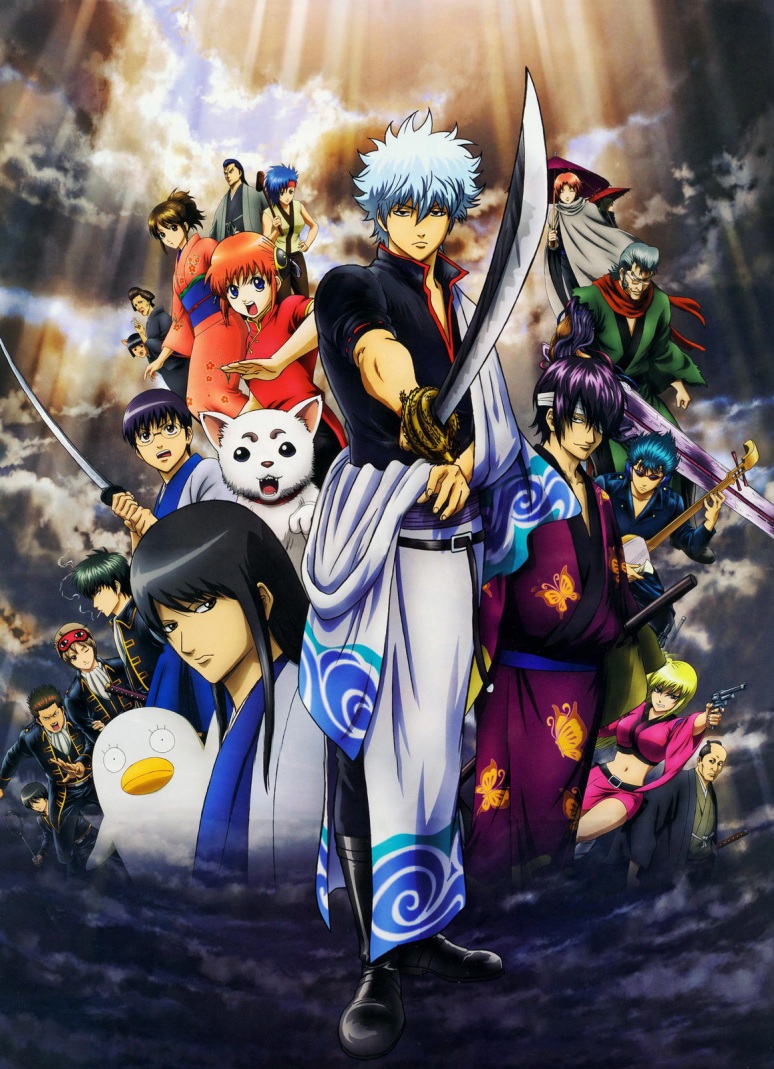 Continuing where we left off, for the Remember Love project this week, I’ll once again, entail everyone about Gintama’s greatness. This time, we will talk about the other side of Gintama. The tears, drama and the intensity: the seriousness.

Indeed Gintama is great with their jokes, and it’s not too exaggerating to say that Gintama is one of the top with comedies. However, the way they present seriousness is second to none as well. It is quite easy to detect just when Gintama wants to get all serious. Usually, when a certain plot element is being heavily focused, and even dragged on for several episodes, then it’s time for some dramatic arcs.

The said arcs are actually very crucial to Gintama. It gives us background information and development for several characters. Some of their backstories are subtly revealed, providing us with details of the relations of certain group of characters. Gintoki certainly has a lot of connections, as he and some of the minor characters have more in-depth relationships then I ever thought. 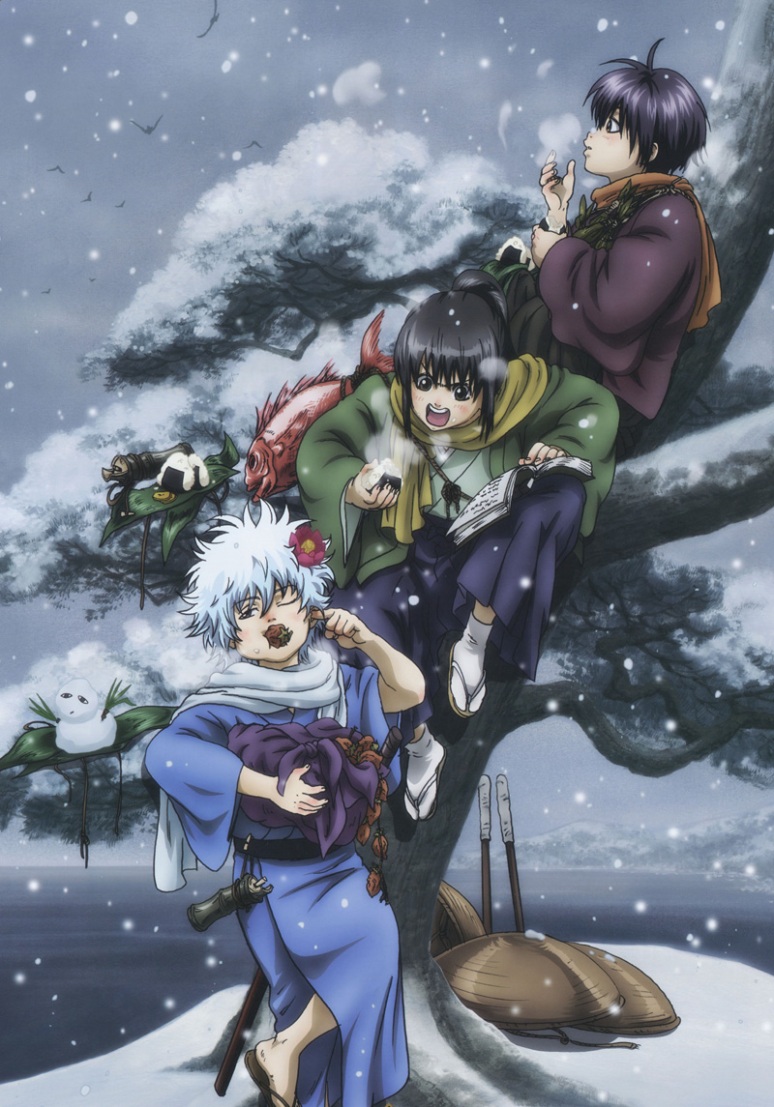 I’ll talk about the Benizakura arc a bit first as an example. This arc, is one of the very early serious arc of Gintama, and to this day, remains as one of the best arcs of Gintama ever. One of the random antagonist of past episodes, Nizou make a return, and incidentally, the so-called “random” antagonist is actually part of a bigger picture.

The arc introduces us the past of Gintoki, Katsura and Takasugi. The three followed the same path, fighting together as the Joui faction in the past. It allows us to further understand these three individuals more as characters. At some point, the three begun to have different points of view and their paths strays apart after the war. Katsura decided to continue on as terrorist but he will retake his country in a more peaceful manner. As for Takasugi, what he desires is the absolute ruin and destruction of the country, which he deemed as “rotten.” For Gintoki, he is pretty much exhausted with wars and decided to just stay aloof, running a freelance company.

These serious arcs are also where Gintama showcases their way of fight sequences in all their glory. Despite being a comedy, Gintama’s fight scenes are unexpectedly bloody and violent. What makes Gintama’s action scenes so much better then your “everyday shounen action” is that Gintama’s fights are more emotionally powerful. The attacks during the fight scenes pack a punch, literally. The blows are exchanged with such impact that we can almost feel the “weight” of the blows. The characters, especially Gintoki, always fights to the brink of exhaustion, with his clothes tattered, and body covered with blood. His desperate fighting allow us to sympathize him. It makes us think that he really wishes for his friends to be safe, despite his usual rowdy banters with them. One of the best fight scenes is definitely Gintoki VS Nizou in the Benizakura arc, and is obviously my top favorite fight of Gintama. His battles with Housen and Jirochou come close to second and third respectively. 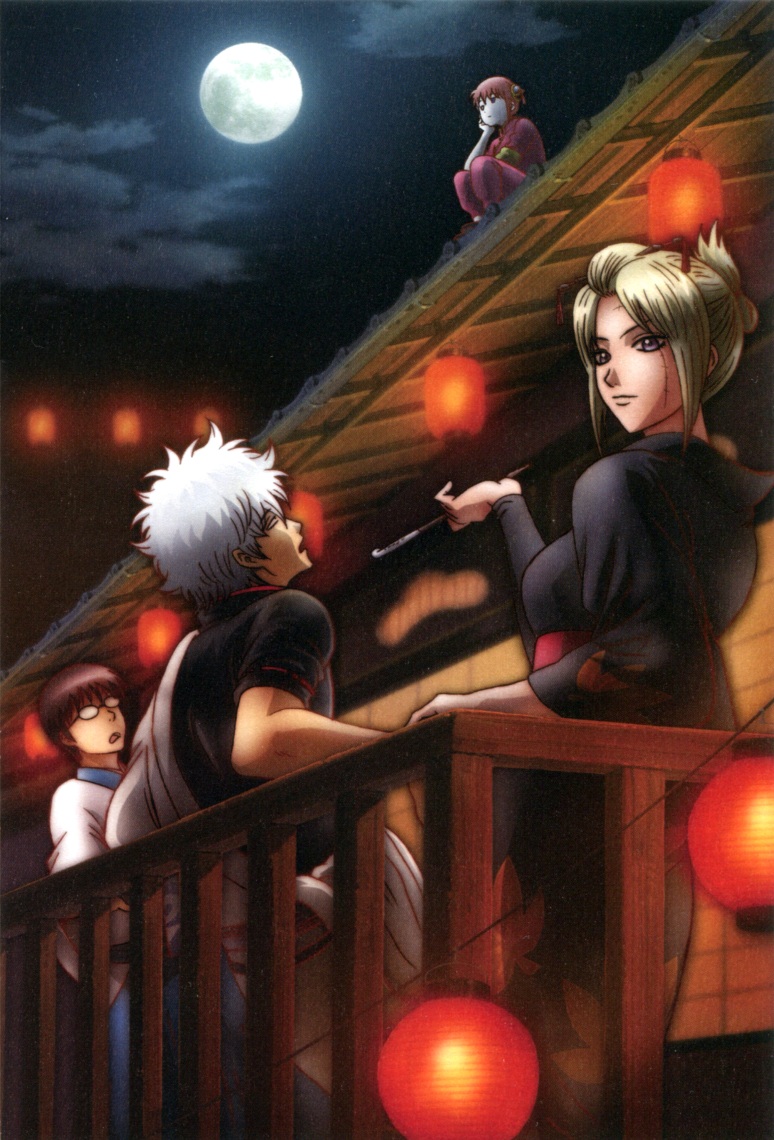 Ultimately though, at the end of the day, Gintama is still a comedy anime through and through. The serious arcs are just elements to enhance their characters, when the serious arcs are over, Gintama always reverts back to what they do best, randomness. This is a very clever choice of storytelling; the small and subtle character backstories and developments allow us to be more invested in Gintama’s characters, while maintaining the insane randomness of the anime.

29 thoughts on “Remembering Love: Gintama and The Art of Seriousness”