Being a tomboy, Chie often behaves like a boy but manages to stay feminine. Other than that, she has a bright and upbeat personality, often trying to cheer up the group by joking about the case. She is also obsessed with kung fu and is a huge fan of martial arts movies like Trial of the Dragon, and is furious once she finds out that Yosuke broke her disk. Generally, she has a short temper with him and exploits this in order to get her beloved steak for free at Junes. Chie is an awful cook and often, along with Yukiko and Rise, serves the gang terrible dishes.

Her Persona is Tomoe Gozen of the Chariot Arcana, a muscular female figure wearing a yellow outfit reminiscent of Bruce Lee’s “Game of Death” costume, wielding a double bladed naginata. Tomoe Gozen is shown to use both physical and ice spells. However, Teddie will take over as the main ice caster when he comes into play, thus Tomoe will stop learning ice spells (last spell to be obtained is bufula) near the level the player obtains Teddie. Tomoe evolves into Suzuka Gongen after completing The Chariot Social Link.

Through the S.Link for the Chariot, the Protagonist and Chie become closer through training together at the Samegawa Floodplain. Over time, the Protagonist learns of how Chie enjoys creating groups and titles for herself, in hopes of being feared by juveniles and protecting the weak. Hearing from a police officer that high schoolers have been bullying people in the Central Shopping District, Chie and the Protagonist coincidentally help. They first save Chie’s middle school friend, who then calls the police. The second time, Chie makes the hoodlums run off just as they attempt to steal from a little boy. Once this occurs, the Protagonist has the option of making an intimate relationship with Chie. Depending on what the Protagonist does, Chie will either go to train with the Protagonist (normal relationship) or go to his home (serious relationship) and give him some matching wristbands. Chie’s resolve to help others and protect the team, especially the Protagonist, transfigures Tomoe Gozen to Suzuka Gongen.

I preordered this figma figure of Chie from Persona 4 last few months ago. The package just arrived last few days, please have a look. 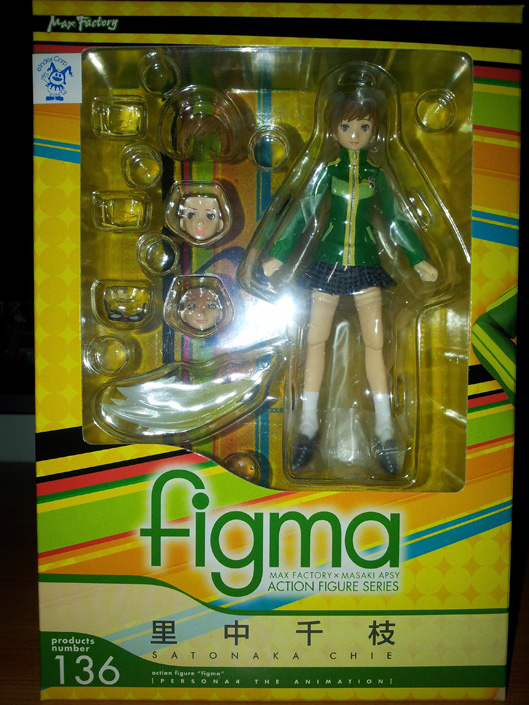 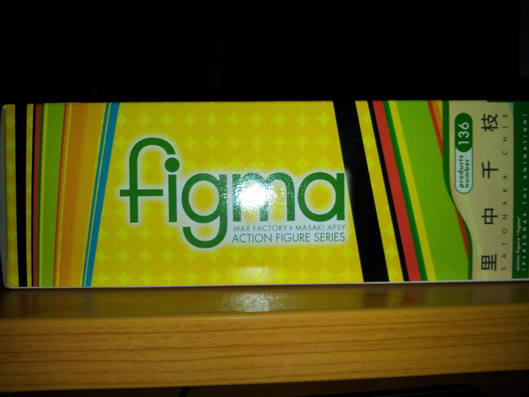 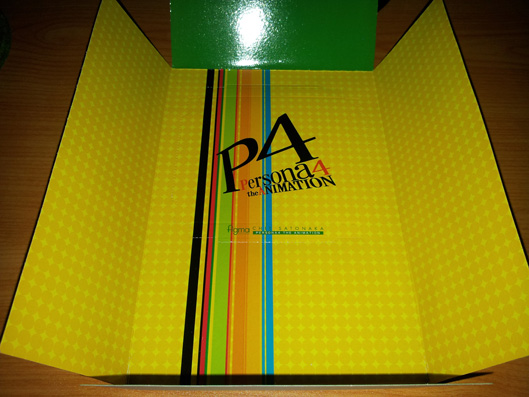 The box is incredibly yellowish, literally, suiting Chie’s colorful character. Other then that, the box looks like your typical figma box. 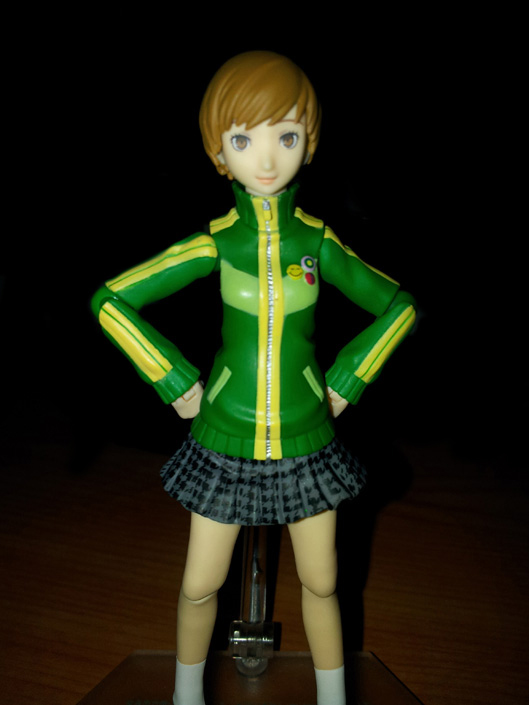 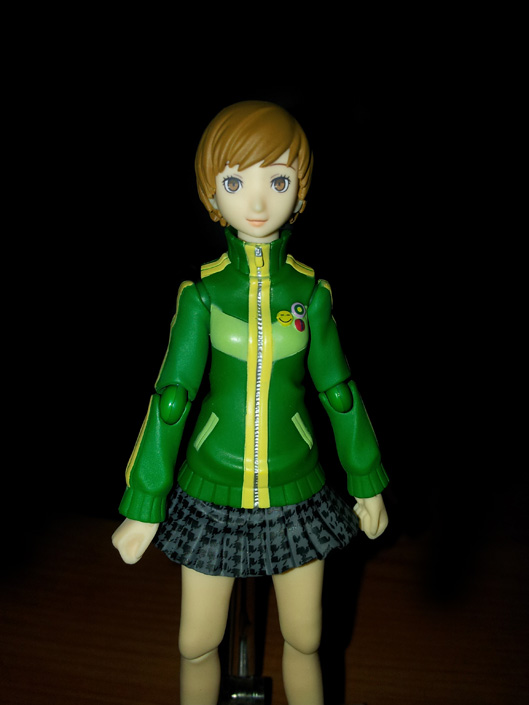 The figure stands at around 13cm, your standard figma size. The details are decent, though the face could use more work. Some elements, like the pins on her jacket look like splotch of circles without any unique features. In the original character design, the pins have distinctive wordings like “I ♥ Exercise” and “Dexy & Levy,” but still, it’s understandable that the figure couldn’t replicate these details in it since they are so small. The paint job isn’t particularly the best either, but still on satisfying levels. 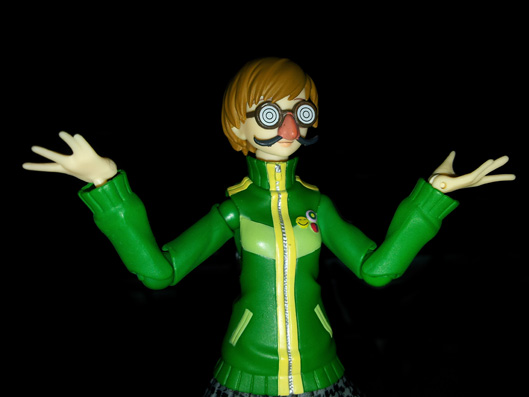 The package sadly doesn’t come with a lot of parts. Three different expressions are available (scroll down to check them out) and as for accessories, only Chie’s TV glasses, and the fake nose glasses mostly seen in comedic scenes in the anime/game. There are two different hair parts and if I’m not mistaken, the only difference between them is that one is made specially to fit in the glasses (default one), while the other is made if you don’t want the glasses. By comparing their outlook appearance, both hairs look practically the same, so you can use the default hair whether or not you want or don’t want the glasses on your figure, so having two separate hair parts is kinda pointless in my opinion.

It also comes with the “action effect” accessory, where you can stick it to Chie’s leg and have her kick around. It reminds me of the horrid F/Z Saber figma and it’s something I can do without.

Because of her Chie’s kung fu hobby, posing her in random martial arts stance is fun as heck. Check out below for Chie’s shadow expressions. 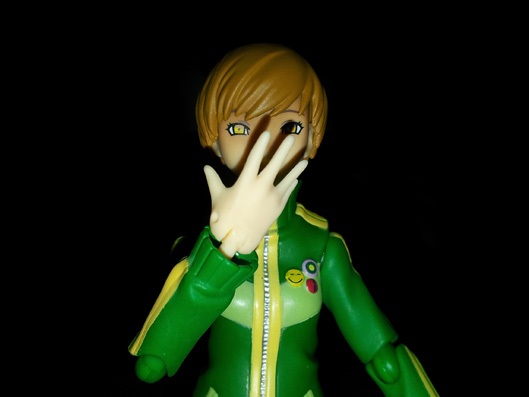 Ultimately, this isn’t the best figma there is, a pretty generic figma without much wow factor. You can collect her if you’re a hardcore P4 fan, though I’d suggest otherwise for more nendoroids.