Estelle is a rather young woman, aged 16 at the start of the game. As a person, Estelle is a rather naive and straightforward girl who is always energetic and positive. She is very boyish in appearance and attitude, and has a “hit first and ask later” attitude.

Estelle was born in the rural areas of Rolent to Cassius Bright and his wife on 8-7-1186 of the Septian calendar. When Estelle was six, her mother was killed in the bombing of Rolent during the Hundred Day’s War, as she protected her in Rolent’s clock tower. It is this traumatizing event that first inspires Estelle to become a Bracer, as she chooses to be brave and courageous like her mother.

Five years before the events of The Legend of Heroes: Trails in the Sky, when Estelle was 11, her father came home late with a wounded boy in his hands. The boy spoke nothing of his past, and Estelle and Cassius decide to adopt him. The boy was named Joshua Bright.

Something joyous happened recently. There is a small figure shop which was recently opened in a nearby town here, which means I no longer need to take a 1 hour+ long car ride to the city just for some figures! While the shop has a very very small collection, I would say it’s still a major improvement.

Needless to say, I bought something, and this nendoroid is something I bought from that store. I really love the game, and was thinking of buying this figure. At that time, she was already sold out in most online shops but I’m glad I still managed to buy her in this local store of mine.

The box is sporting blue, which I’m not sure if it fits with Estelle’s overall character since she’s more of the fiery and passionate type, so red would be more fitting. Blue is good for Joshua, if he’s ever going to have a figure of his own…

The box comes with quite a few parts. For the body parts, they are three faces, and obviously, a lot of different arm parts. She also comes with a staff, a fishing rod and a harmonica. 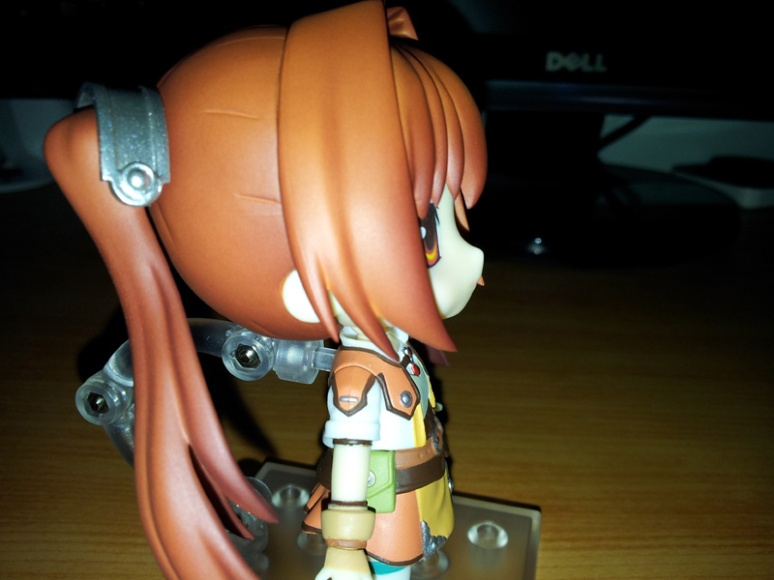 The figure looks cute and of cause, incredibly detailed. From the skirt, the shirt, the jacket, to the tinniest of things like the pendant and the belt; all crafted with precision. Not even a single detail is left out, and she even has her green shoulder guard, which is detachable to fit into other arm parts. 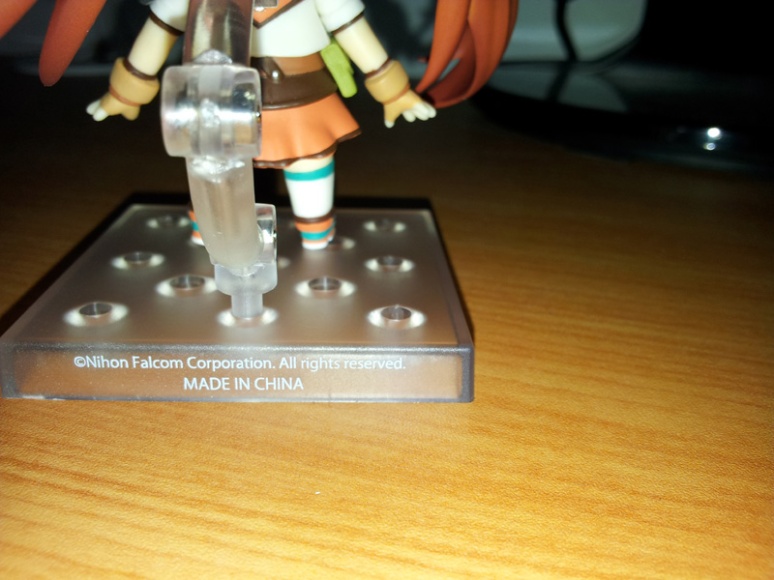 A pet peeve I had in regards to this is the stand, the huge number of holes made the figure overall looks slightly ugly. Why need so many holes in the first place? I think the figure would had looked so much better by using a more simple stand.

The above pictures show her with the fishing rod. Sadly, no string, hook or anything attached to the rod, so it loses some realism here.

Some staff actions above. Posing around with the staff was slightly difficult due to the length.

Of all the expressions, this had to be my favorite yet. For those who played the game, this expression (together with the harmonica) captured the sorrowful emotions she felt in the game thoroughly. It made me relieve one of the most dramatic moment in the game’s ending.

There are some slight issues here and there but this is overall, an excellent nendoroid, and it’s definitely a mandatory collection for fans of the game. Slightly unrelated, the design of this nendoroid is the same as the clothes she wear in the later sequels. It makes me wonder if there ever comes a chance for me to play a localized versions of the sequels..

15 thoughts on “Sora no Kiseki – Estelle Bright Nendoroid by GSC”