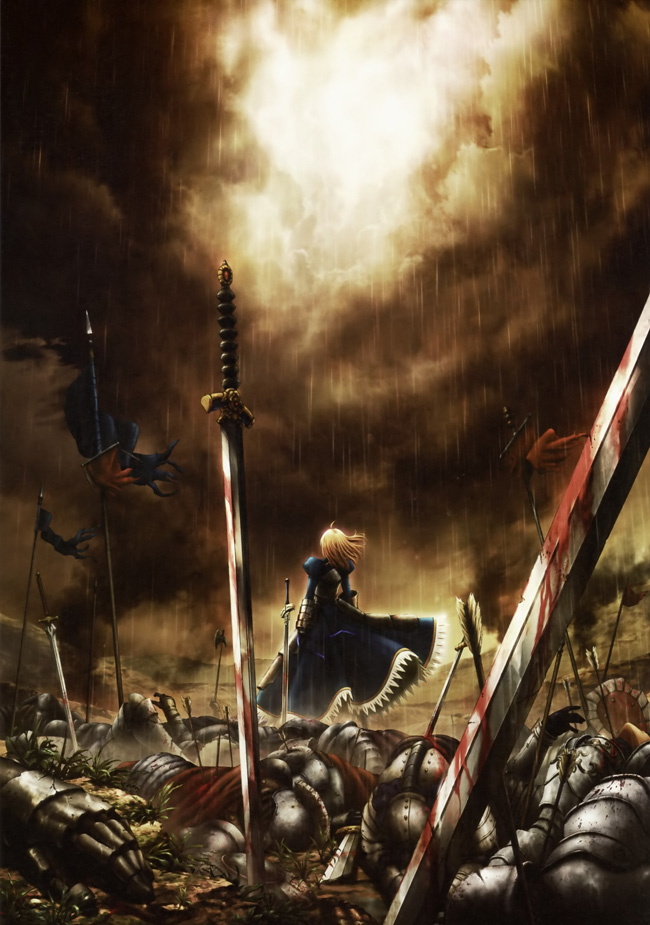 On the seventh day of Christmas, my true love for anime gave to me…
7 legendary servants
6 witty lies
5 fun choir members
4 gigabytes of data
3 lovely flowers
2 sides of consciousness
And a wish-granting rock.

Type-Moon had always been one of the most famous visual novel studios, most of their medias had gained worldwide fame and most of them had an anime adaption. The light novel series Type-Moon collaborated with Nitroplus, Fate/Zero, is no exception, and it’s anime adaption is on it’s way to become one of the best anime in respective year.

Fate/Zero aired in a similar fashion as with Rinne no Lagrange, divided into two halves, the first half, aired in 2011, became the most promising anime in that year and with the second half aired in 2012, people’s high expectations were definitely answered.

As with Fate/Stay Night, Fate/Zero depicts a battle royale between seven magicians, and their servants; heroic spirits summoned by the magicians themselves from another era. The victory will be granted their own wish by the grail. This battle is known as the Holy Grail War, a battle for the ultimate supremacy and the ultimate wish.

Fate/Zero’s attraction comes in the form of intriguing plots, a signature element in Fate/Stay Night. Of cause, aside from the stories, Fate/Zero’s stunning visuals and sounds are definitely quite the attention-grabber. High-quality animations and vivid backgrounds are the main aspect of it’s visuals, making action sequences a luxury to see. One of my favorite scenes which uses this top-quality visuals to it’s extreme, is the motorcycle chase scene between Saber and Rider, it really made use of its high-quality budget for the animations, and it made the chase scene appealing, and immensely gorgeous.

The ultimate highlight of Fate/Zero however, is the various philosophical themes it explored and each of the character’s subjective perspective towards them. This makes dialogue and characterization in Fate/Zero top-notch. Scenes that explored such philosophical themes became my favorite as well, the episode where the prospect of kingship was discussed is one example, then there was a short argument between Saber and Kiritsugu quarreling about whether or not “holy elements” like pride and glory is needed on a battlefield. Fate/Zero is a trove of philosophical ideas, something I really like about the show. 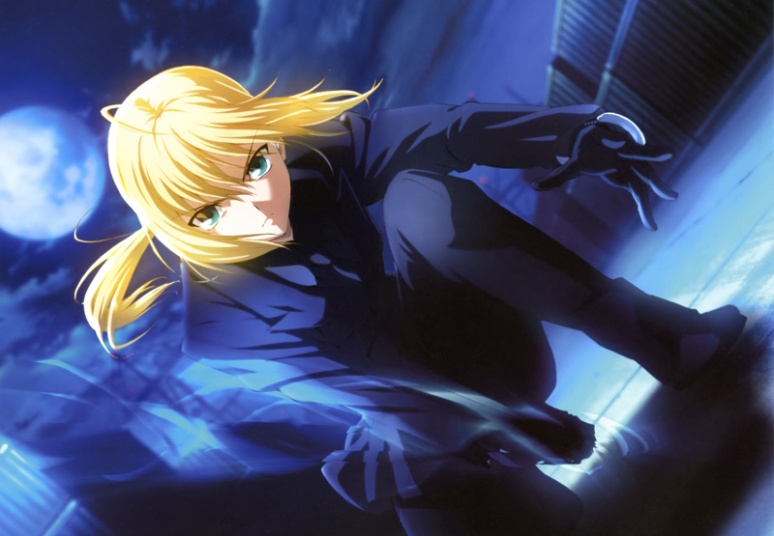 Immensely thought-provoking, good sounds and visuals and an interesting plot, Fate/Zero is definitely one of the best shows this season, and the second half ended with a perfect transition to Fate/Stay Night.