Psycho-Pass – The Choice Between A Humanized And Cybernated Reign 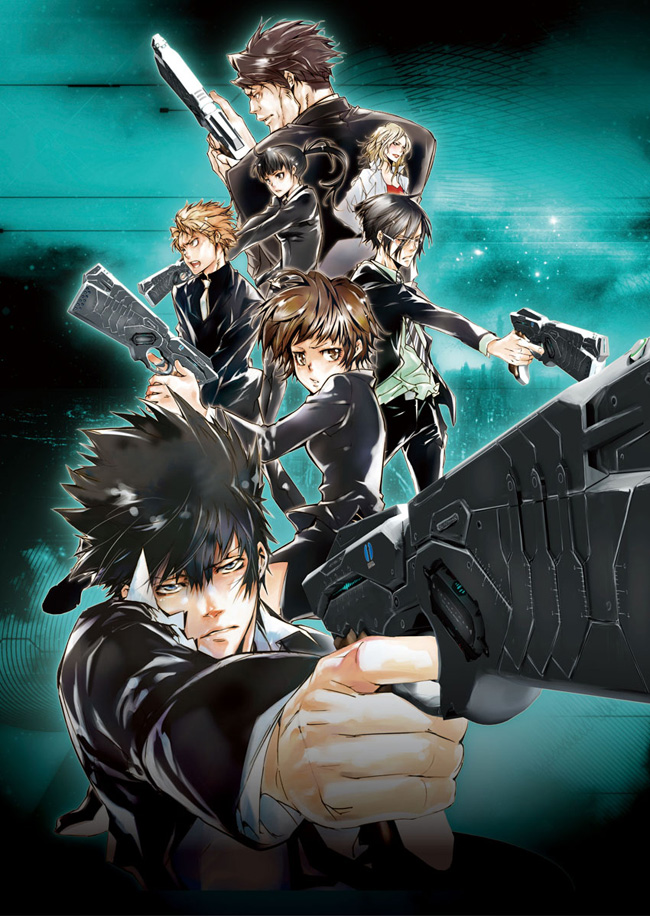 Literally a computerized society; In Psycho-Pass, all citizens are governed and controlled by Sibyl System. The system measures an individual’s mental state and personality, and also tells the possibility of him or her committing crimes. 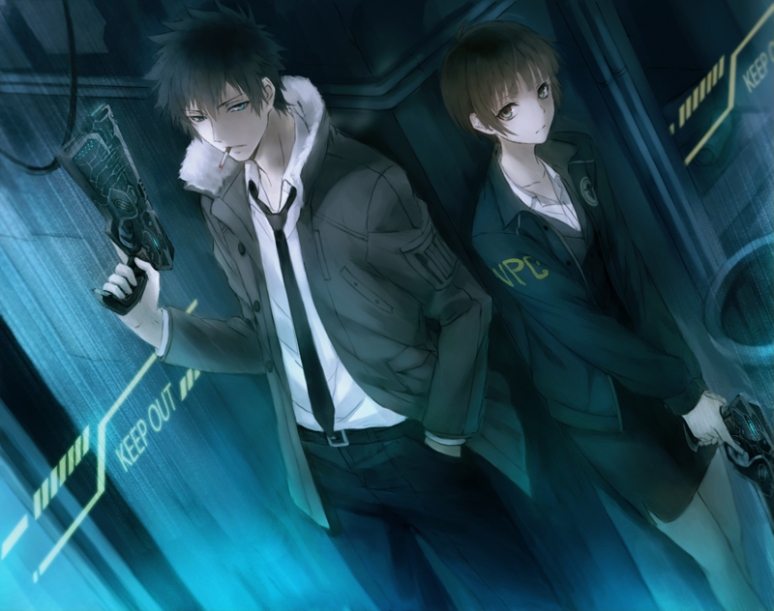 It is possible to control a society so that it doesn’t go haywire through laws or fears. Effectively, the Sibyl System achieved both at the same time; it has a fundamental understanding of human laws and criminology and is decisive in selecting wrongdoers to be judged, be it good or bad. The ability to constantly measure a human’s mentality and possibility of committing a crime creates a constant fear where someone specific would be killed all of a sudden and be disposed of, by the hands of the MWPSB who reinforced the system’s choices.

In hindsight, the system forced mental stability on the society by removing all those who might pose a harm to the social and mental order. The system brought about a mental and peaceful harmony by controlling the dreams, future and psychology of the society. In that sense, the system might be the perfect governing system. 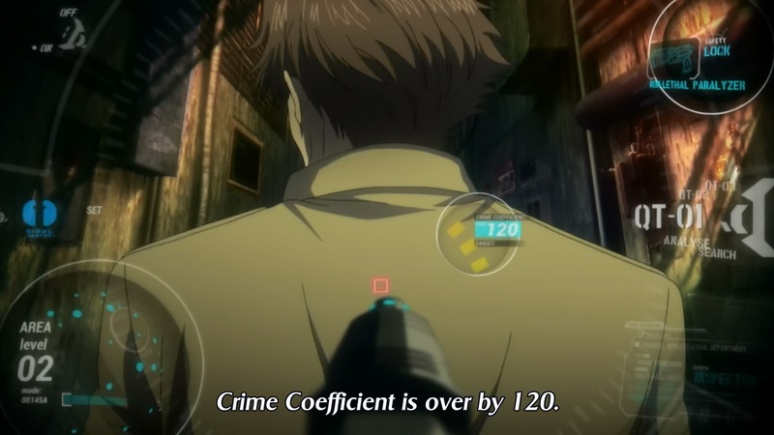 How perfect it may appears to be however, all humans are judged 24/7 as if they are inside a digital and invisible cage. When their “crime coefficient” values are too high, they are immediately apprehended or if necessary, eliminated, especially for those who are judged by the Sibyl System that they are beyond help, even though it’s possible that in both cases, the individual in question hasn’t actually done anything criminally. A subtle sinister thought, a meager atrocious act – all of it causes the crime coefficient values to increase. The good and evil of humankind are measured digitally in numbers, it is nauseating. 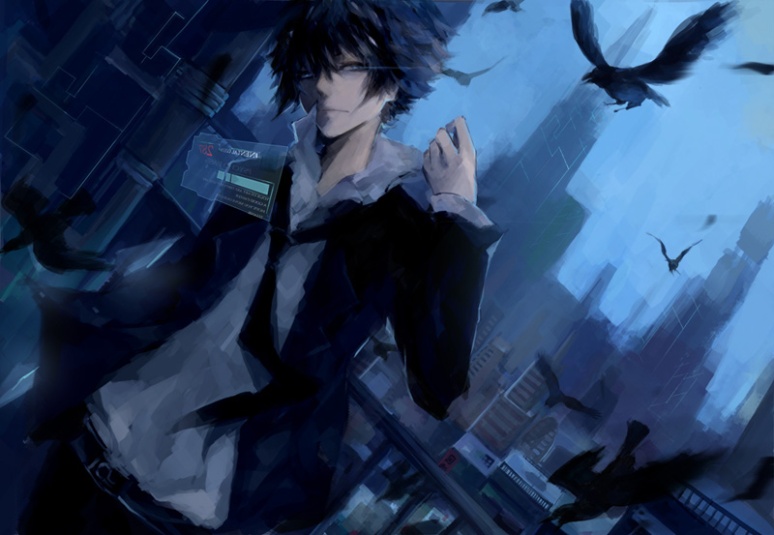 A safe and perfect society is just an illusion.
The society we live in now is still a dangerous society.
~Kougami Shinya

At that end, no system is perfect and likewise, the Sibyl System, created by human hands itself, has it’s own fair shares of “bugs”. Measuring mental levels of people meant that even stress and sanity would effect the crime coefficient value. For passerby effected by other criminals, their crime coefficient values will increase spectacularly through stress alone. This puts innocent people up in the list of individuals to be seized or killed, even though they haven’t done anything wrong besides losing themselves a bit due to the stress, and the system and the MWPSB aren’t doing a particularly good job at calming them down.

Akin to real life, the capability of IT standards achieved by mankind is almost to astounding levels, thousands of programs and applications can be cracked, dozens of news where there are hackers hacking into banks, governments and private corporations. In such a digitized world like Psycho-Pass, they are bound to be people somewhere who could make use of the “loopholes” of the system. In one arc, this comes in the form of special helmets which bypasses cymatic scanning. This clever move helps a person to avoid detection by scanner, and no matter how much crimes he done, his crime coefficient value will remain low. It seems incredibly silly as well, when one sees a person wearing a helmet walking around, common sense will perceive that he is suspicious, but machines like scanners and drones will only do what they are programmed to do: checking for hues and crime coefficient. The helmets are also build with the function to send and receive data. At some point, Makishima even copied his low crime coefficient value to the Psycho-Passes of his own team of wrongdoers, making them incapable of being judged. With the simple ability of copying and pasting these numbers, the Sibyl System is pretty much rendered useless.

I wonder just what sort of criteria you use to divide people into good and evil.
~Makishima Shougo

The most major flaw of the Sibyl System, is the presence of criminally asymptomatic people; individual like Shogo Makishima. No matter how much crimes they commit, their crime coefficient remains low. It still remains mysterious how one possess such ability but one possibility could perhaps be the matter of perspective. There are eccentric criminals out there who do not regard their own criminal acts as wrong, in fact, they think their criminal acts are for the greater good of mankind. The scanner could only detect the outer side of the individual’s mindset – “for the greater good of mankind”. It didn’t look further and try to judge the ethics of the individual. This is the foundation of most of the system’s fault, Sibyl System is in the end, a machine, and follows a basic set of instructions and calculations, all crafted by the human hands themselves.

The machine has also included this instruction in their sets of commands – “to not let anyone expose the secret of the Sibyl System”. To me, this is something incredibly selfish even, and is akin to Kira of Death Note playing god, killing criminals and even innocent bystanders who might notice his secret “killing weapon” and anyone else who gets in his ways. In addition, the Sibyl System couldn’t even function on it’s own, it ironically needs the ideology of the criminals – the criminally asymptomatic people, whose rationale are now basically the basis of the system. It harmonized everyone’s thoughts within the system; an attempt, or a feeble one at that to become “the perfect system”. In the end, even though the system is judging a human’s right or wrong, the morally of the system itself is questionable at best. 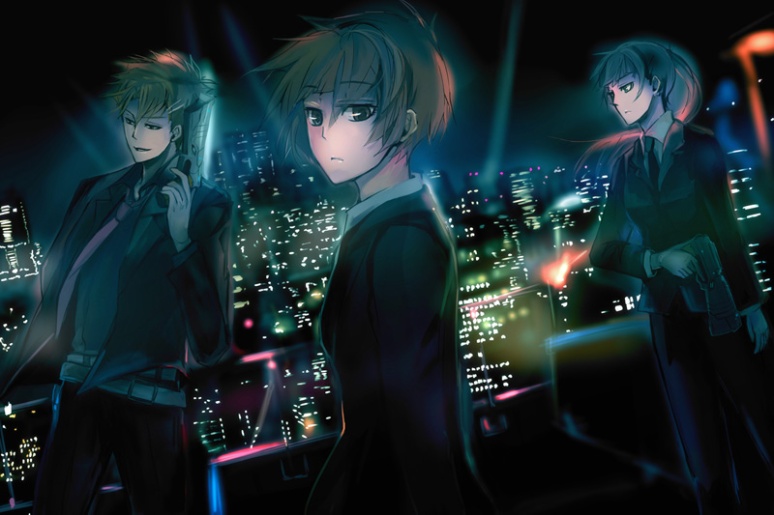 I think human wills and freedom of choice is an especially important element in the judgement of a criminal act. The ability of free thinking is one of the greatest treasures humans possessed. In no way humans should be controlled and be robbed out of their own free wills, as this feature is what separate us from machines – simple, perfect task completer, yet, could only do things limited to what a human programmed them to. In fact, the vastness of humans are what caused the drawbacks of the Sibyl System – it wasn’t able to fully comprehend the cunning and flexibility of humans, being able to think of alternative ways to work around the loopholes. Indeed, although the system may seem dominating at first, it wasn’t able to completely control the more superior humans, who are more capable and adaptable.

Although I agree that a human juridical system has it’s own fair share of problems too, human capability of speech, understanding and rationality certainly makes them the better judge of crimes then simple, cold-hearted machines. However, with the massive improvements on technology, a future like Psycho-Pass is a dreadful possibility, in the end, it all comes down to one ultimate question, to be governed by men or machines?