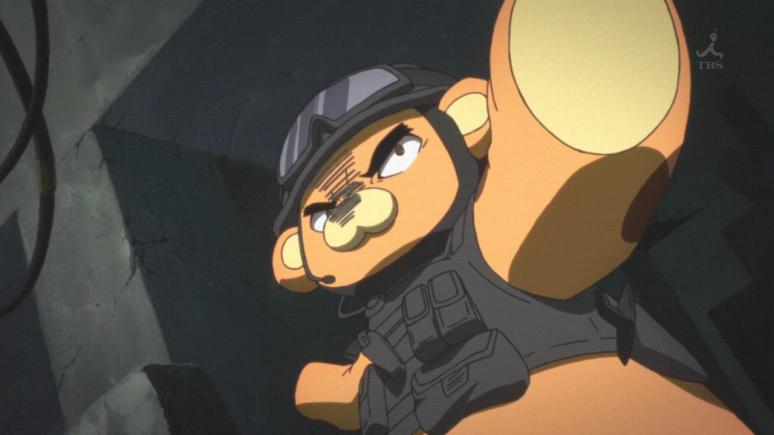 I’m churning out posts like a madman. This is a very realistic expression of myself atm.

Realized I haven’t did this, so being the cool aniblogger that I am, I decided to join in the fray as well and name my top anime of 2014. Please note that likewise with all lists, this list only contain the only anime I had personally watched and enjoyed. If you see an anime title which you think more than enough to qualify for a top anime 2014 list, but it’s not here-it’s either A) I didn’t watch it, and B) I actually didn’t enjoy it as much as you think I would. Think I kinda messed up my posts order too, since it’s kinda odd how I did this only after my NekoPara review, but I was doing that for the catgirls, so whatever.

Please note that while the list is in a numerical fashion, they are not listed consecutively or in any order at all. Also, while I’m tempted to include anime like UBW and Shirobako, they get the shorter end of the stick since they aren’t completed for now.

Okay, so without further ado:

Handa’s struggles is a very identifiable part of the show, and while he met a bunch of people from the village, he learned to have fun and see things from a different perspective. Barakamon gives a message-it teaches us a way of life to indulge our childishness and have fun, in doing so; life becomes more exciting and adventurous. Scrap your rationality, and scrap your logic. Just let loose and have fun. With your once fearless taste of adventure, everything becomes a smoother experience when you aren’t worrying about logic and possible scenarios-what’s more, everything just become more fun and exciting. I think this is what makes Barakamon such a great show-it’s a touching and heartfelt story about Handa’s development as a character from the once cold, logical adult to someone who’s able to appreciate the wonders of childishness and adventure despite his adulthood.

This has been one hell of a “yuri-lacious” year for anime, as OG dubbed “fifth age of yuri anime”. Subtext or canon aside, there’s Akuma no Riddle, GochiUsa, Hanayamata, Fate/kaleid S2, WIXOSS and so on; there’s one which stands just right above it’s peers though, and that’s Sakura Trick. All the shows I mentioned are good shows, regardless of they are yuri or not, but that’s also a problem in itself. A lot of anime had to add yuri as an subtext to an overarching storyline. Whatever happened to an anime just strictly about yuri? I don’t watch a lot of yuri/”seemingly” yuri anime myself unfortunately, as I’m more invested in Sono Hanabira than anything else. The last I watched was Strawberry Panic, and even then, I can’t say I enjoyed it a lot since there was just too much soap opera. It may be because I have a very strict preferences when it comes to yuri, but there’s just not a single anime I was able to find what I needed; at least, until Sakura Trick aired. While I’m not too sure about making Haruka and Yuu’s relationship seemingly ambiguous in the end, I appreciate Sakura Trick (a lot) with how explicit it is as a yuri medium, at least as explicit as it can without stepping into hentai boundaries. While I made some joking proclamation in tumblr along the lines of SAKURA TRICK BEST ANIME.. but damn, it ended up being true all along.

While Madoka was a more story-driven show, Yuyuyu is more character-driven, and one of the best thing about the show building up on that notion is it’s slow, but meticulous pacing and foreshadowing. Yuyuyu, by far, is the most emotional-gripping FEELS-inducing show out of most anime I watched this year. Even when I watched this show without even reading the synopsis (one of my bad habits), I realized something is wrong. It’s “cute girls doing cute things” but with one of them on a wheelchair, it’s far from cute. The second half of the anime went further than that. OG described it as a show not focusing on disabilities, but a show to overcome ordeals and challenges with willpower. I think OG put it in a much better words than I ever could, check his posts out (spoilers warning for part 2), if you will. 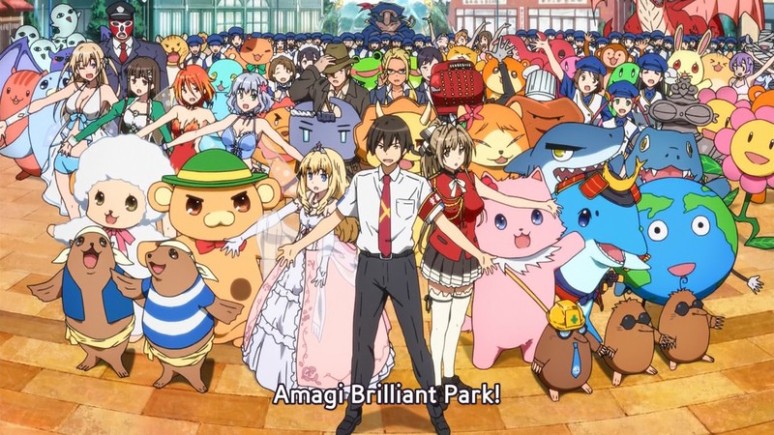 Ever since Hyouka, KyoAni had been releasing very questionable shows. I wasn’t too keen on Tamako Market, and I wasn’t really interested with Free either. Even though the anime’s aired for so long already, I still don’t know what to think of Kyoukai no Kanata. Chuunibyou was great and I can appreciate the message it was telling, but Chuunibyou S2 was kinda weak. Crawling itself through mediocrity after mediocrity, Amaburi is an extremely pleasant surprise. I’m not sure how a story focused on park management would do, but it turns out to be absolutely great. While there are a few real-life counterparts to the management, the best thing about the show is definitely the fun and endearing characters. Sento is a likable character by herself, and Seiya has great character development. Last but not least, the mascot trio makes the show thrice as exciting with their mischief. Another thing-Amaburi is not just a simply slice-of-life park management story, the show has focus and objective. When they finally achieved their objective of attracting at least 500,000 visitors, I can feel myself rejoicing along with them. It’s a really great show.

I’m the type to appreciate moe despite it being very polarizing on it’s own. Sometimes though, as proved by my interests in wrestling, it’s also important to step away from fluffiness and cute girls for awhile, and into muscles, actions and just general GARness. No, not Akame ga Kill, in case you’re wondering, but Shingeki no Bahamut. One thing I really applaud the show was that it was an adaption of a smartphone mobile card game. It is purely a concept game if I’m not wrong, with minimal plot and characters to actually draw any sorts of coherence needed for an adaption (not completely sure here since I only dabbled in the game a bit). But I guess this is what helps it, one thing I generally see in game-based anime is that they sometimes follow the gaming mechanism a bit too much, to the point that it would be better to simply just play the game. Shingeki no Bahamut has an advantage in this regard that since it is adapted from a mobile card game, there is not a lot to draw from aside from just a few concepts, so with that, the adaption has much more freedom. In the end, the anime’s more akin to an original anime than an anime adapted from a game. While midway through, the anime’s plot become slightly weaker, the conclusive, bittersweet ending turns everything for the better. Oh, and it’s OP is one of the best one I had seen and hear in a long while.

I loved Love Live S1, and as someone who plays LLSIF, I’m also in love with their characters, which could probably mean it’s more of a case with stockholm syndrome, then anything else, but I don’t mind. Technically speaking though, Love Live S2 is still by far the greater season of the two. While S1 was good too, no doubt about it, it was put in a more disadvantageous position since the whole season was more on introductory than anything else (it took almost the whole season to finally introduce all the u’s members). S2 used the foundation built by S1, and what we get is a story with more focus, developments and well.. music. While the story that plays out is not the most original of all, I feel extremely heartfelt sincere emotions for the u’s as they experience sadness for their seniors who were about to graduate, and decision to disband u’s. The fact that I like most of the characters and actually care about them reinforce this empathy. I’m not too sure about the open-end epilogue, but Love Live S2 has been a fun, enjoyable ride.