With a straight face

I don’t know why, but I seem to have an odd fascination for characters with difficulties trying to express themselves-which I think is the pivotal source behind my fascination of the tsundere archetype even after so long (Producer is obviously not a tsundere, but let me get back to that in a little while). This is also a reason why I like Ranko a lot after her character episode-she’s up there with Rin in my list of top favorite characters in Idolmaster Cindarella Girls.

But I digress, because the ultimate Best Girl is clearly Producer.

One of the highlight of the anime for me is Producer’s character development along the episodes. Admittedly, I don’t really watch a lot of idol anime, but the existence of a male protagonist makes Idolmaster an incredibly different franchise than, say Love Live, as such, this male protagonist is also the one who ironically gets the most exposure throughout the anime, while the idols’ focus are shared in specific episodes.

One of my favorite episode was episode 7, when Producer was trying to convince Mio to return to the idol agency. Before this, I was making horrible jokes on twitter saying he is an emotionless “robotic producer” who came from the future (plot twist), because the guy has such a comical nonchalant expression I just couldn’t help it. We are talking about a guy who scouted and convinced every idols to join by claiming the same thing-“I picked you for your smile”. It was also an interesting dynamic too, along the way prior to episode 7, Producer’s cold professionalism kept him at a distance from the idols. This caused him some problems, including Miku’s deserting in episode 5, and also the eventual episodes 6 and 7.

Producer needed to be less professional, and communicate more; so that he could share a stronger bond with the idols, not being a guy with suits and tie who’s just strictly business. He did exactly that in episode 7, and that episode very successfully showed us his “human” side beneath the robotic exterior. I will never forget the first time Producer smiled in that episode, he realized his work altitude was wrong, and slowly changed the way he handled situations from there.

Though he still can’t smile naturally.

Nevertheless, since then, things seem to be getting more smoothly, he’s steadily debuting new units from the agency without any internal conflicts. There are definitely still issues along the way, of course, ranging from trying to interpret Ranko’s chuuni lines, to getting lost in a shopping trip-but there are close to no internal conflicts.

Earlier in the post, I mentioned I seem to have a liking for characters having trouble expressing themselves, especially tsundere. Producer isn’t a tsundere of course, but the concept is about the same. Throughout his poker face, the rare times when he actually showed genuine expressions felt that much organic, which was something I can’t feel from the first Idolmaster’s Producer, despite ironically having a brighter demeanor. In a peculiar sort of way, the way he was often misunderstood with his personality had me some good laughs. 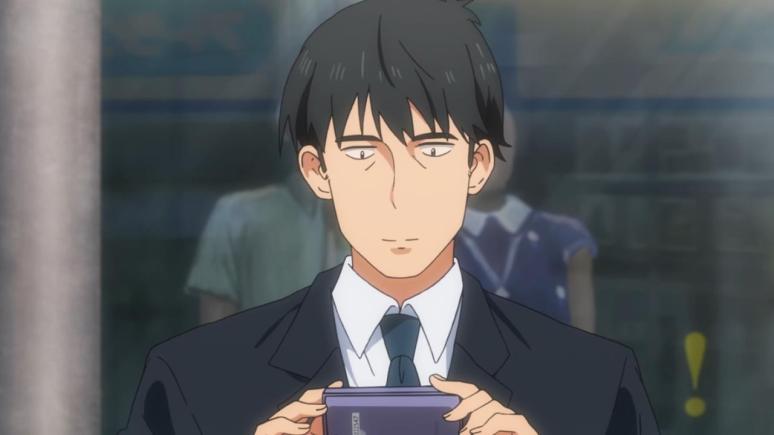 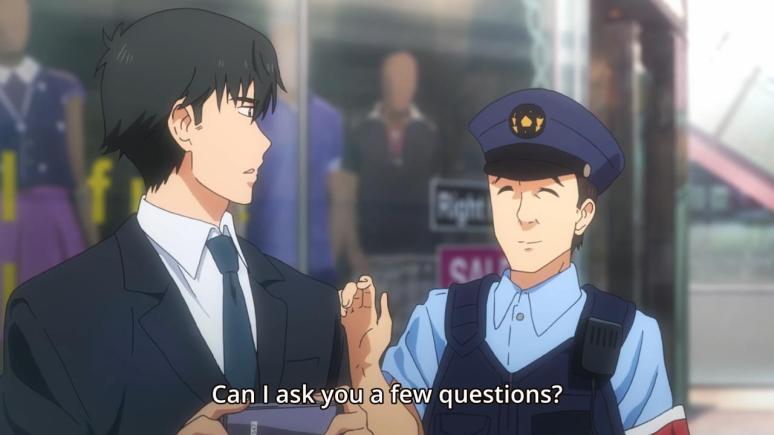 In the end, Producer is just a guy who’s awkward and clumsy, but very earnestly trying to express himself. That’s why I like him-he’s an extremely organic character despite his poker face, and his gradual character development along the course of the story is one of my favorite things about the anime. Admittedly though, ever since episode 7, character developments are more focused on the other girls in the cast, which is completely fine of course. We are still getting glimpses of seeing how Producer acts as a developing/developed character, which includes embarrassingly stuttering himself trying to speak in a casual manner, instead of the cold, polite manner he used to, and also dressing up in a frog mascot costume to ease up the girls’ tension.

And also (still) trying to smile…

I know this is an extraordinarily weird statement to make from an idol anime, but I will do so nonetheless-Producer is Best Girl, not Rin, not Ranko, not anyone else.

Joking… mostly. But it IS true I like Producer the most as a character.