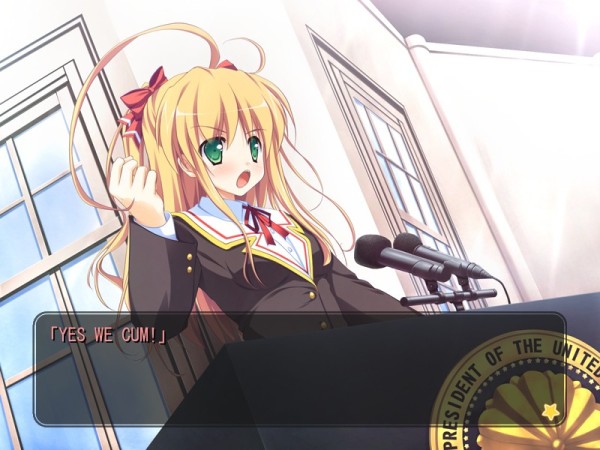 Did someone just said “controversies”?

Foxy and Neko just recently commented on about some of the frequently-debated topics of the anime community. Seeing Miharu and OG doing the same, I felt like entering the bandwagon too, so here I am. 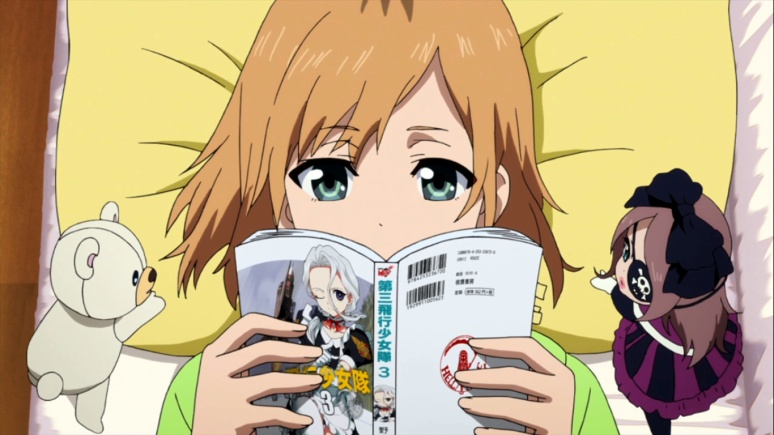 Of all the Japanese visual media I’m currently watching/reading/playing (hmm… this is a handful to type): anime, manga, games, visual novels, light novels-I had the longest history with anime out of all of them. I think it’s a no brainer that I would pick anime here then, as anime is a medium which pretty much introduced me not just to the medium but the Japanese visual media as a whole. I can always feel appreciative of certain pros and cons of different media, but anime will always has a soft spot in my heart.

There’s also another thing-I prefer huge production values in general. Aforementioned, I can appreciate pros and cons of different media; manga and LNs are definitely good, I find myself prioritizing the anime adaption if I know they have one. In fact, I immediately stopped reading Heavy Object recently after realizing an anime adaption is already greenlit.

I know full well that manga obviously has the advantage here as far as story/character development goes, but in the end, my philosophy, if you can call it that, won me over. In short, my choice is anime-with it’s ability in colors, motions and sound, it’s something manga wouldn’t be able to replicate.

Subs. This is another obvious choice. I grew up watching anime in TV horribly dubbed in Malay, English, Mandarin and even Cantonese-I was still fine with it at the time since I had not listened to a genuine original dubs before. But after I actually listened to one, I couldn’t go back. The capture of emotions, characterizations, timing-everything is nailed almost perfectly in original dub and I couldn’t help but felt awkward whenever I watched another dubbed anime. I’m however, well aware that there are anime with good dubs-Ghost in the Shell, Cowboy Bepop and Black Lagoon (I never watched them dubbed though)-incidentally, these anime are more westernized than your standard anime, so yea… that probably speaks for itself. I think depending on the culture and settings of the anime, dubs might work, but that being said, I still ultimately prefer subs. 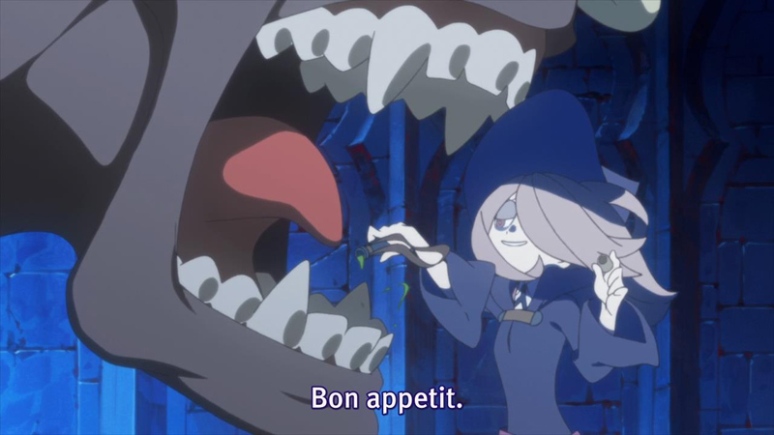 3. Vintage VS Modern / Cel VS Digital

Both has their own appeal. I answered something similar in my ask.fm before, so I will just c/p:

“I had been thinking for awhile, but I think I would actually hesitate to say new anime is better visually. Technically speaking, they are better of course. In terms of details, complexity, colors and so on, art quality for modern anime had really improved by leaps and bounds compared to before, one reason I assume is because the heavier reliance on computers instead of the traditional pencil and paper.

But the problem here is that most artists in Japan seem to have develop a huge consensus as far as art philosophy and techniques are concerned. Most anime nowadays look “pretty”, but aesthetically/thematically speaking, it’s a different matter altogether. It’s seems as if every studios in Japan are following the same template, there are far less “unique” art styles in modern anime, or ones that actually fit thematically; other than looking “pretty”. Not to say they don’t exist of course, some newer anime like Attack on Titan, Monogatari, Madoka, Kanagatari, Kill la Kill and Little Witch Academia are some titles which fulfilled their aesthetic/thematic concept. Are these “unique” looking anime lesser though? I would say yes.

Another thing to note, I have a belief that the more detailed and realistic your designs are, the weaker the expressions and the dynamics. Look at One Piece for example, it’s character designs are simple and, for the lack of better word, “cartoonish”, but because of that, they have the aesthetic freedom to draw their characters in ridiculous manner, i.e. Luffy stretching his arms, his body expanding/contracting like a balloon, etc… It looks silly-so much that most modern anime wouldn’t be able to pull it off.”

As for the digital side of things, there aren’t much of an issue to me. Personally, I feel digital is best used on inanimate objects like cars or mecha, but it works well thematically with KanColle too since the character are pretty much anthropomorphized warships. I can understand people’s problems with it, however; I remember Chikorita expressing his issues with the CG lives in Love Live before, and while it’s something I agree, it’s also not a flaw that “jumped” out at me when I was watching the anime. I think it’s fine as long as the CG isn’t overdone, so Love Live’s perfectly fine in that regard. If you had watched PriPara… now THAT’s overdone.

Another one of those questions where I’m on the fence. I don’t stick to a specific genre and I like having a variety in the anime I watched. Similarly, I watch both moe and realistic anime. Moe has really grown on me over the years however, I liked K-ON, and still do despite whatever rants someone out there could probably be mumbling about the franchise. I don’t go out of my way to criticize or analyze these types of “cute girls doing cute things” moe shows, I rarely even review them. I mostly just treat them as a relaxing entertainment, and depending on the time and mood, I really do need these shows with such an atmosphere. Sometimes on some rare occasions, there are shows like Love Live which are able to provide me and the fandom beyond what it’s genre has to offer, which is also a nice surprise at times.

Again, I watched both depending on my mood. I don’t mind heavy drama and violence and at times had even went through “visually destructive scenes” (Non-VN players might had to google this, but I played Kara no Shoujo, Cartagra and Saya no Uta which feature tons of said scenes), but I obviously don’t watch/read them in a consecutive fashion, that’s totally sacrificing my psychological stability, as Foxy would had put it. I always like to keep a balance between the two-when I got too high-strung after finishing a dark title, it’s an extremely good time for me to watch a slice of life/moe/yuri or anything light-hearted to wind down.

I don’t mind both, but it also depends on how I watch them. If it’s a continuous plot which spans over several episodes, I would prefer to marathon them but I like watching episodic in a sporadic manner, pretty much weekly if it’s a new anime. More onto this later. Most moe slice of life are pretty much episodic in nature too so yeah…

But additionally, I very whole-heartedly agree with Foxy and Neko with the point they made regarding episodic anime which build on the overarching main plot as each episode progresses. As Neko puts it “I think the best case is when a series has what people call the “main plot” and it builts on it by using many different short sub-stories.” It’s a nice way to build on the world/characters/story while constantly showing us a different facet every week.

7. Series VS Film VS Shorts

I talked about shorts briefly here but in short, anime shorts are like the anime 4-koma, and I don’t mind them as long as it’s just quick, mindless fun, but not when it actually attempts story-building, because with it’s short length, it’s close to impossible-save that for series or films. Speaking of those two, my preference depends. I’m definitely more of a series person but I think films definitely have the upper hand with thematic exploration since they have a more narrative focus compared to the need to expand that narrative to at least more than 10 episodes in a series. 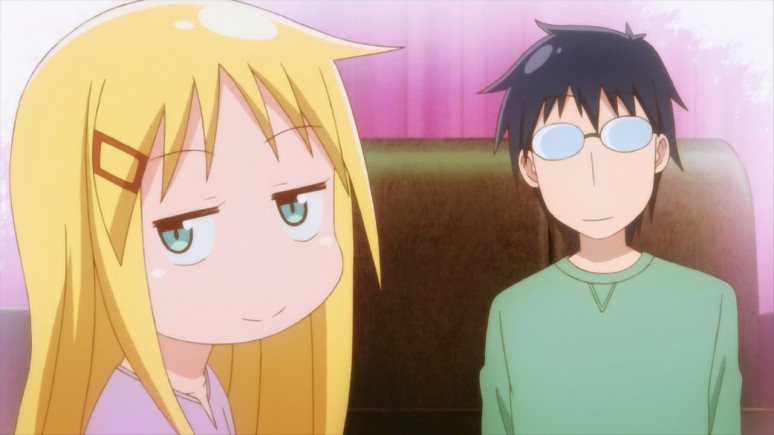 Speaking of anime shorts, I should probably watch this soon. Heard a lot of good things about it.

My quick answer is, I mind spoilers. Because I was more of a marathoner, I had a tendency to avoid weekly episodic blogs, not because they are bad obviously (no offense to any weekly episodic bloggers out there), just because of aforementioned issues. Even seeing pictures is a no-go for me. Then again, I oddly had been marathoning less recently…

This is a weird question to answer now, because my opinion seems to have shifted. I think I can still say I’m more of a marathoner, and whatever I blurted out in my post here, I still stand by it, in that I marathon story with a continuous plot but watch weekly for moe/slice of life (refer to question #6). Though if you had notice in twitter, I had oddly been on the “weekly watch” side a lot more in the previous and current season. I think it has a lot to do with the current anime industry being more focused on these episodic anime. Quite honestly, the only anime that fits marathoning for me are Aldnoah Zero S2 (which I finished already), KuroBasu S3 and the second cour of Unlimited Blade Works.

I watch anime mostly alone, unfortunately. I do remembered laughing my ass off with friends when I was watching some old Gintama episodes with them, which was admittedly, quite a long while ago.

Digital. Believe me, I would love keeping books, but I just don’t have space to keep anything physical. For the record, I don’t even have a book shelf in my room and I don’t have any space for any new furniture. I even had to control myself from buying any new figures, though I guess that saves my wallet. Otherwise, I would have collect all the Book Girl volumes by now… and more figures.

I generally prefer editorials. As you can clearly see, even reviews on my blog are more of a secondary thing. I just love reading editorials because they provide more unique thoughts to the subtleties of anime, series or even the medium, and thus as a result, it’s also something I frequently write on my own blog.