I was nominated for this by Deven Luca of animethief-the Infinity Dreams Award, which involves making a list of dreams, ambitions or objectives in life you want to accomplish. So without further ado…

1. I want to visit Japan, Akihabara, especially.
Some people might have chances to go, say, for college-purposes or vacation and stuffs, and there are some people who just seem to never get the chance, I’m unfortunately the latter. Of course, money problems aside, I don’t really have a lot of friends who share the same hobby that I have-at least not as culturally knowledgeable and passionate. Because of that, I assume I can’t be open with myself and go “waifu, waifu” and the likes-and that’s really no fun at all. This will remain a dream for now.

2. I want to create my own fictional story.
The following two entries will be very similar to Deven Luca’s, but I swear, I’m not copying as these are also ones I want to do myself. Anyway, as for this particular objective, it can be anything, really, from anime to games (hell, I even have tons of ideas for respective media), but realistically speaking, the only medium where I really have any chance of succeeding is through writing. All of you had probably forgotten, but I once tried my hands at NaNoWriMo but unfortunately, that went nowhere. I don’t even consider myself a writer, let alone a good one, and that story I was intending to write was just too large-scale and ambitious-sci-fi, time travel, parallel world and all that stuffs. For the moment, that story is in “literary graveyard” but if I were to attempt this for the second time, I’ll scrap this and start with a more simpler story.

3. I want to build my own desktop computer.
This is in the list since like forever-I want to build a powerful gaming desktop. I had been checking up some motherboards, computer parts and their approximate prices, and I think I can afford the total price… maybe except for the graphic cards-the powerful ones can cost somewhere from $500 to $1000, and if I were to go SLI or Crossfire, I need to pay twice or maybe even thrice; that’s some monstrous prices. I’m also looking into water cooling but those seems like a pain to maintain. Anyway, once I accomplished this, I can finally start playing all those new Western games on my computer which require some crazy specs requirements, but for the moment, I’ll just stick to my Japanese anime games which doesn’t need as much resources to run. *cough*Neptunia*cough* 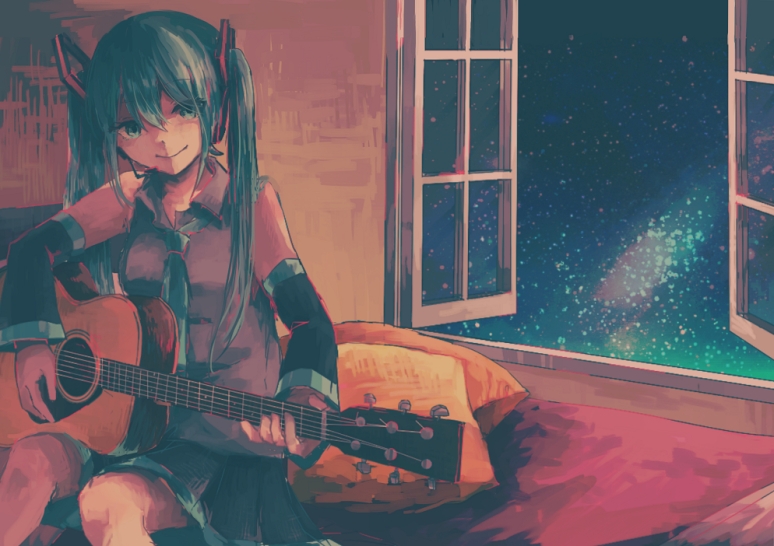 4. I want to join a band.
I play the guitar, but sadly haven’t been touching it for awhile. Even when I was playing before, I mostly just messed around with my friends. We talked about forming a band all day long, but that never really came to fruition, sadly. If I have a chance, I would love to join a band, though I’m going to have to practice again. My callouses had peeled off from my fingertips since a long, long time ago, so they will probably be bleeding like crazy if I were to pick up a guitar again. Ehh… efforts (lazy dream chaser ftw). Then again, there are plans to sell my guitars so this might be another dream which will forever remain a dream. 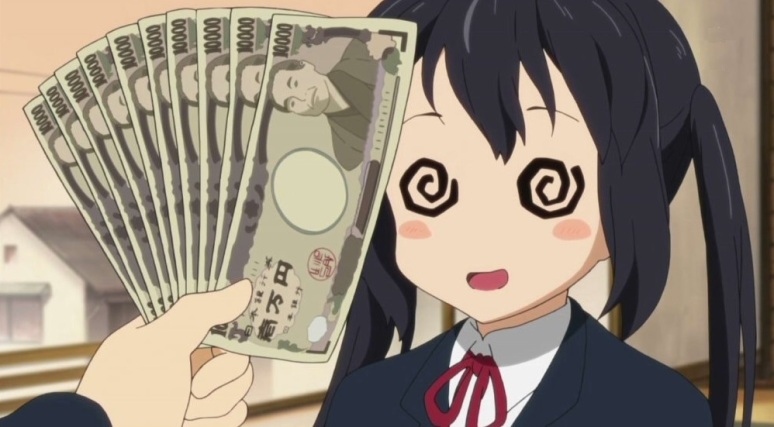 5. I want to be a millionaire
I mean, who doesn’t? If I have a lot of money, I can accomplish half of this list’s life objectives. And you know, buying all those technological devices, commissions, games and figures really took a lot of damage on my wallet. Not much to say about this other than that it probably won’t happen in a while, or perhaps, never, even. Oh well, people can dream.

Alright, that’s it. I still have other life goals of course, but they will be a secret for now-gotta retain my mystique (*scoffs*). I’m going to nominate some people for once, since I think this one is still not as common compared to the other award posts. So, here are my picks: