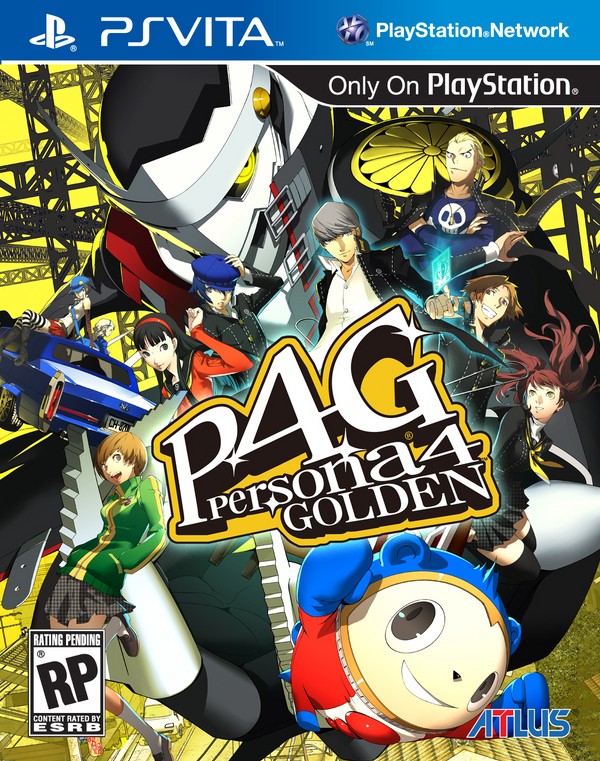 Admittedly, I’m not really a huge ATLUS guy as the only series I had only played from them are the Persona games (and Catherine), I still need to get to the SMT series soon, but nonetheless, I had more than enough fun on the Persona games alone, because they are just that good. I first discovered about Persona through Persona 3, and had since been playing as much games from the series as possible.

Fast forward to the present when I finally got a Vita and a physical copy of Persona 4 Golden-a remake of the original PS2 game, I finally managed to play the game and bask myself in the brilliance of it. While I had already played vanilla Persona 4 on the PS2, there are a lot of newly added features which make the returning Persona 4 players’ experiences extremely worthwhile as well.

The story is still the same (only vastly expanded)-you’re put in the shoes of the silent protagonist (henceforth “Narukami Yu” in this review, since that’s his official name), as he moved to Inaba, unknowingly getting himself involved in a bizarre serial murder case with his friends. Many strange and seemingly disjointed elements like the Midnight Channel, the TV world, their Persona abilities, the Shadows inside the TV world, the murderer’s motives, the fog are all apparent in this case, and like assembling together pieces of the puzzle-it’s all up to the main character and his friends to solve the case, as they are the only ones who have the supernatural means to do so.

One of those new scenes-with Yu flaunting his swag yet again.

Aforementioned, there are a lot of added features, and one major thing are the added scenes, and there are a lot of them-ranging from the new slice of life scenes to major plot revealing scenes. There are also new endings to the game though I’m not sure one of the new one fit the tone of the series. I also like how the game added an epilogue for the true ending, I always felt vanilla P4’s end was rather lackluster, especially considering my lengthy 100 hours journey, but the epilogue in Persona 4 Golden very satisfyingly solved that problem for me. All in all, the new scenes really help in further emotional investment for the characters, even for players who had already finished vanilla Persona 4.

Just like before, characters are also a strong suit of the game. The character writing strikes a meticulous balance between fun and seriousness-which results in a great combination of both entertaining banters and deeper expositions. The game’s great at making us take the characters seriously, while at the same time, not making them overly gloomy-a stark contrast to the cast of Persona 3 which I find a bit too gloomy for my personal taste.

Speaking of characters, another reason why I adore Persona 4’s character cast so much is that all of them are excellently well-written, despite archetypal. The main bulk of Persona 4’s characterization is all about facing the inner self; all of them put up a facade while not willing to accept their hidden selves (I could write more, but anymore than this would had been spoilery), which if you noticed, the entire concept is based on Jungian psychology. Last but not least, I think the fact that they are archetypal makes the Persona 4 cast a more down-to-earth group, which contributes to my earlier point about “Persona 4 cast being more fun than Persona 3’s”. 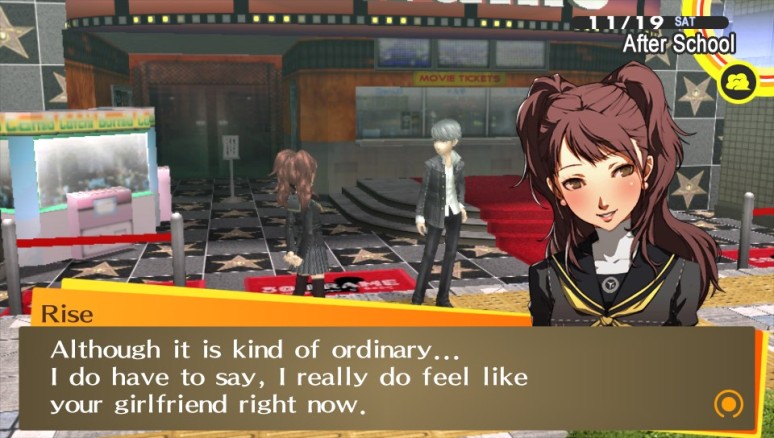 Going on a date with an idol is one part of Yu’s everyday lifestyle. The swag is unstoppable.

One of the charm in the Persona series, is that it is a blend of different genres-third person dungeon crawling, life simulator and visual novel, and mesh together fittingly well. The game plays in a pattern like this-you spent every day going to school, talking with your friends, joining your clubs and working part-time jobs-generally crafting relationships. That’s just the tip of an iceberg however, as there are so many activities you can do, ranging from fishing, catching bugs, gardening, eating ramen, watching movies with your friends and hell, even cruise around with your scooter! Some of these activities improve relationships of course, while some improve your parameters (Knowledge, Courage, Diligence, etc…) which you will need during some dialogue choices and some activities are needed for side-quests.

Your relationships with characters are measured in Social Links, and once you reached the maximum level, you can summon extremely strong Personae you couldn’t before. Aforementioned, outside of gameplay aspects, the Social Links are also great for getting to know your characters at a personal level, and by the end of the game, everyone in the world of Persona 4 feels like real people, even those outside of the main cast-all of them have their own struggles to deal with-and being able to be close to them and be involved as they grow in person is a very gratifying experience, at the end of the day, it really felt like you had made some true friends. 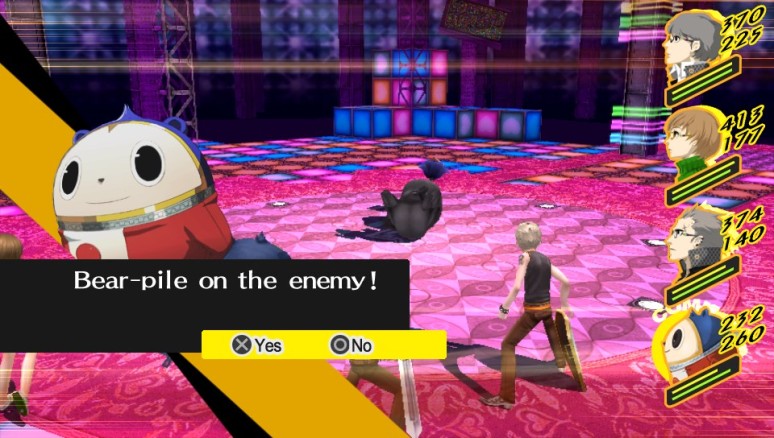 The battle gameplay mechanics remain mostly the same-you can fight in a maximum of 4 characters in your group in a classic turn-based format. Shadows (Persona’s equivalence to monsters) have certain weaknesses and you can to utilize them to get the upper hand, knocking down the enemies in the process, where you can use an all-out attack as a follow-up. One new addition was co-op attacks, where depending on different character combinations (Chie/Yukiko, Yosuke/Teddie, etc…), they will launch a Persona co-op attacks which is nice and all, but personally feel they are too difficult to initiate. Some characters and bosses are rebalanced (some bosses having weaknesses and Rise having stronger skills, etc…) as well-makes the gameplay smoother but easier.

During dungeon crawling, you can change costumes which effect outside appearances (nothing to do with actual equipments and stats), which is a returning feature from Persona 3 Portable. This does nothing much to the gameplay, though fun, but what’s more fun is seeing your own teammate’s reaction to your /sometimes/ ridiculous outfits. Also, likewise, you need to rescue the victim before the allotted time. One thing I didn’t get to test much, is the online aspect of the gameplay, from what I can see, you can request help from other players in combat and vice versa, and also see what other players are doing at the moment. Last but not least, similarly, you can also summon and fuse different Personae in the Velvet Room for use in battle, although Persona 4 Golden added a new feature where you can give your Persona specific skills via Skill Card. 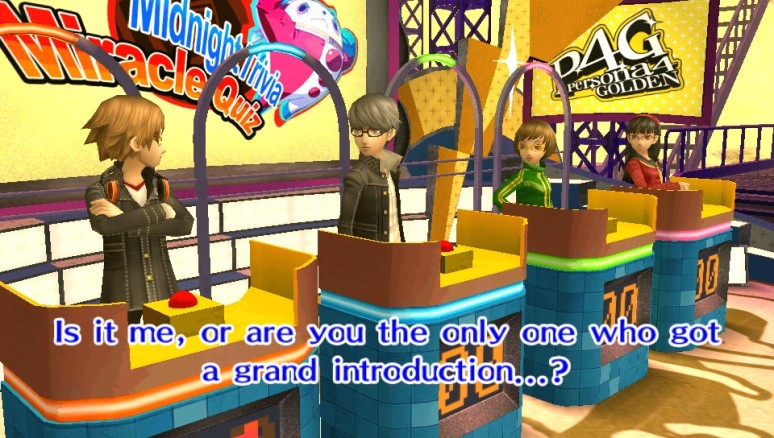 Outside of those, one very neat addition is the “TV Listings”-which lets you tune in to random stuffs like the Persona live concerts, history of Persona, rewatching footages you already seen in the game, listening to music, attending psychology lectures and even playing a quiz game, some of these, especially the latter two would really help you comprehend the Persona 4 universe on a much deeper level. Another very nice feature is the ability to skip dialogues, which makes replaying scenes much more easier just in case you want to pick a different dialogue choice or even speedrunning for a different ending.

One other notable addition is also the ability to wander around outside at night, though still limited to certain areas. What this does is that you can talk to any of your Social Link characters (which won’t increase your Social Link levels, but made it easier the next day as it helps building it up) if they are available, go to the Velvet Room, or work some evening part-time jobs. Later on in the game, you can also pray in the shrine to have a better relationship with specific characters-which also helps with leveling up Social Links. 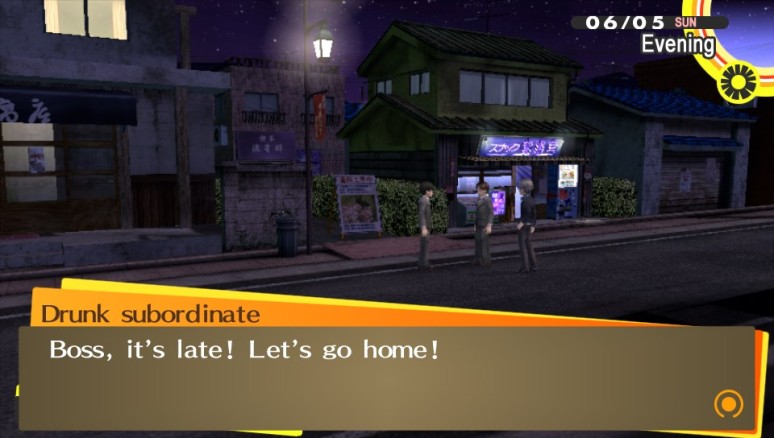 The jump to Vita port is understandable, considering the all the graphical enhancements it has. The game can finally be played in HD, and the colors are much stronger, brighter and sharper than it’s PS2’s counterpart, utilizing the Vita’s more powerful graphical hardware. The details-like when the angle zooms in on Yu’s face, also appear more clearer due to the higher resolution, as I recall, you can barely make out his face in vanilla Persona 4. The OST remains mostly the same too, but I’m sure veteran players of Persona 4 will never get tired of listening to the game’s contemporary jazzy soundtracks as they are just nice and smooth to listen to, and despite so, there are still new tracks (“A Sky Full of Stars”, the track where you get to roam around at night is great), just minimal; where veteran players will definitely enjoy nonetheless.

P4Golden with its extra scenes, new mechanics, and enhanced visuals didn’t go to waste in the slightest and was more like piece of puzzle that was missing from the original. In various way, this was the version that made my experience complete.
~by Moonlitasteria

I normally don’t play remakes, but some games should be made an exception, and Persona 4 Golden is certainly one of them. Playing the game, I think I can understand why it’s considered one of the best Vita game-as you clearly see this game popped up first in people’s mouth when they are asked “Favorite Vita game?” And all those praises are justifiable-Persona 4 Golden is an excellent game which builds on it’s original counterpart, with enhanced graphics, improved gameplay mechanics and new story scenes which bolster our character investments and a better conclusion to the story. With so many additions to the game, it is also a worthwhile experience for returning Persona 4 players. All those money spent-together with it’s approximately 70-hours of narrative and gameplay is worth it (even more if you’re going for multiple playthroughs and endings).

I will now be the one among the many to recommended this game, if you’re looking for a great game on Vita, look no further than Persona 4 Golden-assuming if you still haven’t play it at this point. 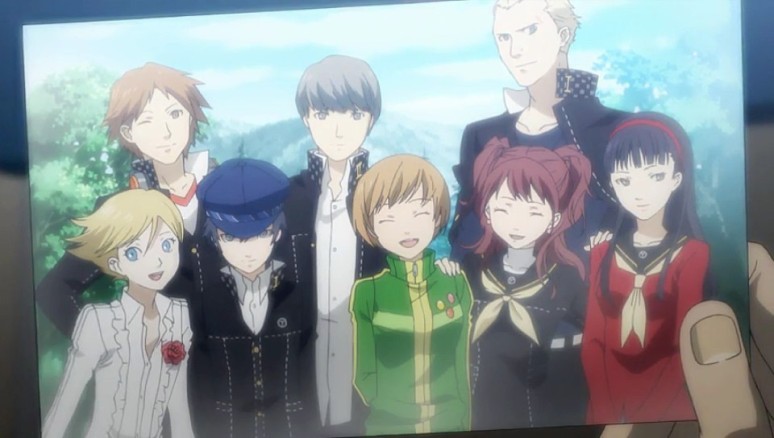 Rating
Story: A+
Character: S
Gameplay: A+
Visuals: A
Sound: A