Coming up with a favorite list is harder than I thought, especially when I want to limit it to just 5…

It’s the start of 2016, so with it, come another post of my favorite anime of last year. Again, I want to make it clear that despite this list being numbered, it’s not listed in any consecutive order at all, even my honorable mentions should have been included in the main list. The thing is-I want to keep these lists short; ideally 5, so entries past the 5th entry would have to be honorable mentions.

I’ll start by saying this, while some people were praising OreGairu (season 1) as one of the best anime when it aired, I didn’t think as much, but I do appreciate what it is trying to portray. Another part of my problem is that I marathoned the whole show in one go, which is not advisable for an anime like this-considering the amount of subtleties it presents. Overall, OreGairu to me is at it’s core just a romance comedy with a deconstruction, at the same time, it is also an introduction, to an otherwise extremely spectacular season 2 in OreGairu Zoku. I may only be a casual observer but I admit, I’m a fan. It’s this season where it quite literally tossed any elements of romance comedy that may remained from season 1, and replaced them with feels-inducing drama and layers upon layers of character-analytic psychology. In a way, the Sagami arc in season 1 is not the end, but the true beginning for the series-where story arcs on par, or even better quality than it are all presented throughout Zoku. OreGairu Zoku is a wonderful anime-it is a deconstruction, but, it is also quite an in-depth study of human nature, a study of teens suffering from loneliness and insecurities, and a study of teens who outside of the cynical context just desire simple, genuine friendship. 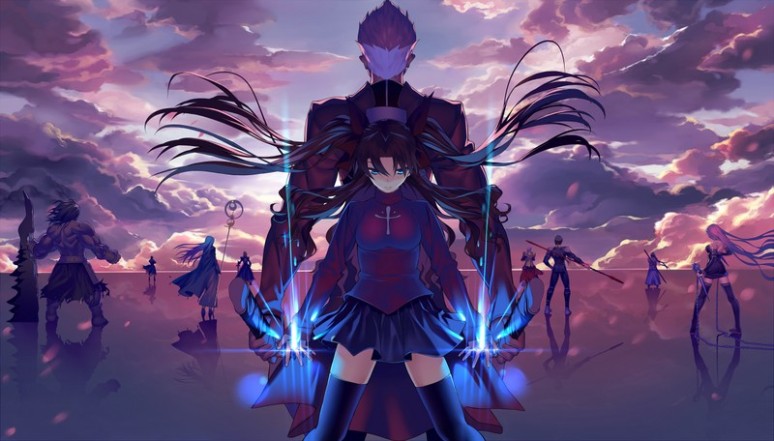 Unlimited Blade Works gets a lot of flak from people that until now, I just don’t understand. To me, it’s a much better adaption than the movie, and definitely better than the original Fate/Stay Night. From what I notice, it’s an extremely faithful adaption of the visual novel. Admittedly, I’m a fan of the Fate franchise, so there may be some level of bias here, but really, I feel like some of the criticisms against Unlimited Blade Works are from people who aren’t that familiar with the franchise. But whatever it is, I’ll stand by my choice here-Unlimited Blade Works deserves a spot in this list, as far as quality of a Fate/Stay Night title is concerned, this one beats the original Fate/Stay Night and the movie by a landslide; though it definitely plays second fiddle to Fate/Zero, in a close fight nonetheless. The adaption also did a great job of adding original anime content whenever necessary-most predominantly that extended epilogue which showed the lives of adult Shirou and Rin. Finally, I think we can all agree at the very least that visuals and music are top-notch. I know I’m correct, 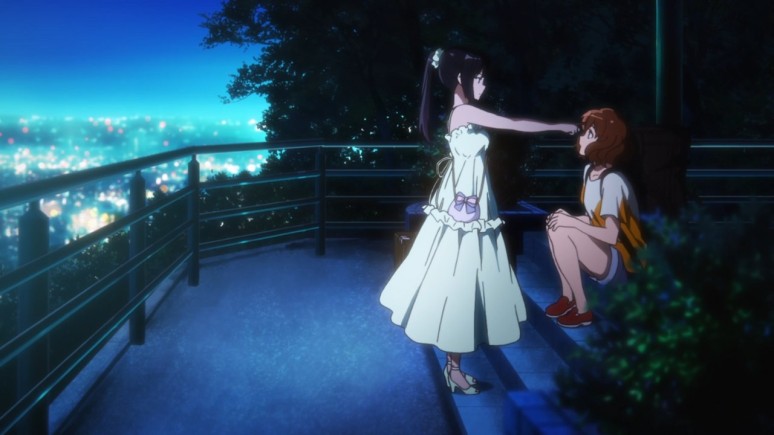 Looking at my last year’s favorite anime list, it may look like I sound very critical of KyoAni, and while their shows may be a hit-or-miss (arguably more hit than miss), they are still a great anime studio which produces great anime titles in general. One of them this year, Hibike! Euphonium, had really struck it’s chord among anime fans. The anime follows Kumiko and the concert band at her new high school-a journey of ambitions, struggles and agonizing practices to reach their goal of making it to the nationals, not without dozens of internal strife and difficult choices accompanying them along the way. It is one of the best school drama I had watched in awhile, enhanced even further by it’s top-tier, photogenic visuals. Last but not least, I just want to get this out-Kumiko x Reina, enough said. 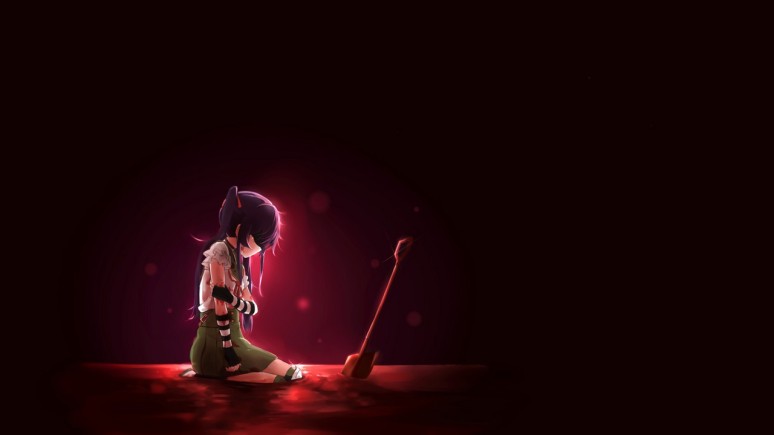 Gakkou Gurashi is quite simply my favorite anime of the Summer season. While moe and darkness is a combination the anime industry had been dabbling in for awhile, you can never get more blatant as Gakkou Gurashi where moe anime girls are inserted into a zombie premise. The more interesting thing about Gakkou Gurashi is that it doesn’t outright scare it’s viewers by showing how gory, ugly and grotesque zombies look visually, but through apprehension. In fact, the zombies are usually concealed, whether or not it’s dark shadows covering the eyes, or at some point even black auras would surround them-which is an interesting visual design, but brilliant, and reinforces my point on how the anime scares people not through visuals but the mind. It’s as if the anime is constantly trying to confuse you that there isn’t anything wrong-just like the delusional main character of the show. At it’s heart, Gakkou Gurashi is also an anime about high school and slice of life, characters suffered but they grow, they spent their daily lives at school and they graduate. To encapsulate this whole paragraph, Gakkou Gurashi is pretty much high school slice of life/drama with zombies, in which when taken out of context, the zombies could even symbolize some problems of reality too, in which I’ll stop here and leave it to your interpretative hands (or minds).

Funny story-Shirobako is actually in my main favorite anime list now too, an entry I considered for awhile, but still feel like it’s well-deserved. Shirobako is a (realistic) anime about making anime-it is at times sort of a documentary and is very informative-showing us the behind-the-scenes of anime production, at the same time, it is also a slice of life anime about the working lives of young adults. One thing I like about Shirobako is that it doesn’t depict the anime production industry with rose-tinted glasses, it’s realistic, and paints the hardships, struggles and the generally chaotic environment of the workplace-which could arguably be worse than some other jobs. Anime production is serious business. 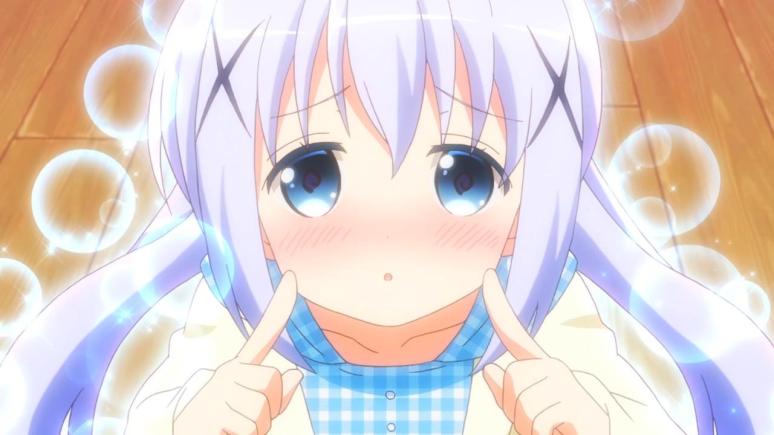 Moe anime this year had been top tier, so I’m going to group a few in one entry. First up, Non Non Biyori Repeat. The series had always been great with their extremely relaxing atmosphere and season 2 is no different, and is able to reproduce that magic flawlessly. The anime depicts a relaxing rural lifestyle-it’s a “healing” anime which uses it’s lush visuals, calm tunes and brilliantly-inserted sound effects to produce an overall soothing atmosphere unlike any other. Next up, is GochiUsa Season 2. As far as typical moe shows go, GochiUsa isn’t that much different from it’s peers-relaxing, slice of life, yuri subtext with (very) subtle character and relationships development, but it’s just so damn good at what it does (even better than Season 1 imo). GochiUsa is an extremely endearing show filled with good, cute characters. Last but not least, Yuru Yuri Season 3, which is actually excellent in the sense that it went in a different direction-focusing more on the slice of life aspects rather than the zaniness from the previous two seasons. Another thing I feel warrant a mention is that some characters had really begun to interact in one-on-one conversations, as compared to previous seasons where it’s more focused on group dynamics. In other words, even Namori, the creator of the series, has got herself into the yuri shipfest as well, and we finally get to see interactions between some characters not in doujins, but -officially- as well. 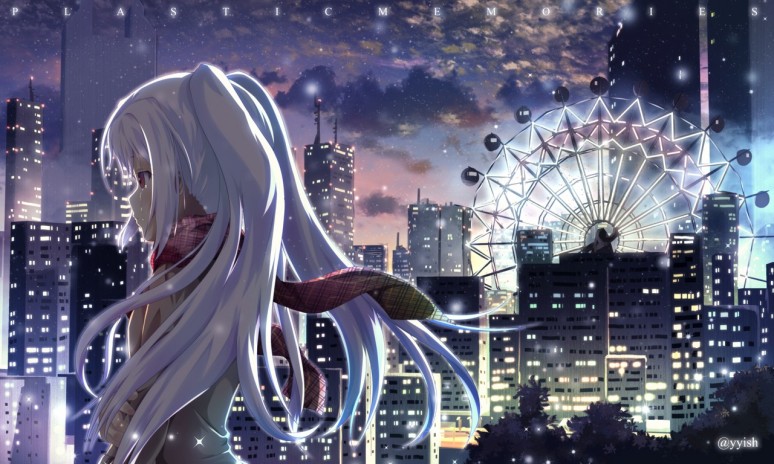 A lot of people disliked Plastic Memories for it’s comedy, criticizing that it ruined it’s potential. For me, I like it -because- of it’s comedy. Don’t get me wrong though, Plastic Memories isn’t a comedy anime in the first place, but drama, and the tear-jerking type at that. The reason why I’m praising it’s comedy isn’t because it’s good; in fact, it’s pretty much akin to LN shitty comedy (I would give it Angel Beats-level comedy at best), but that it’s comedy is necessary in the bigger picture. It just can’t be a weekly “Crying of the Week” episode where the characters routinely take care of different Giftia until the end, aside from the other Giftia, the main characters themselves are also developing characters and I definitely like the direction the anime actually took. Comedy and drama in frequent transitions-you would see LN comedy hijinks and a slow build-up drama, and this contrast between joy and sadness just made the entire experience more heartfelt and feels-inducing. No matter what people say, I love this anime, and for those who says otherwise, you guys suck. 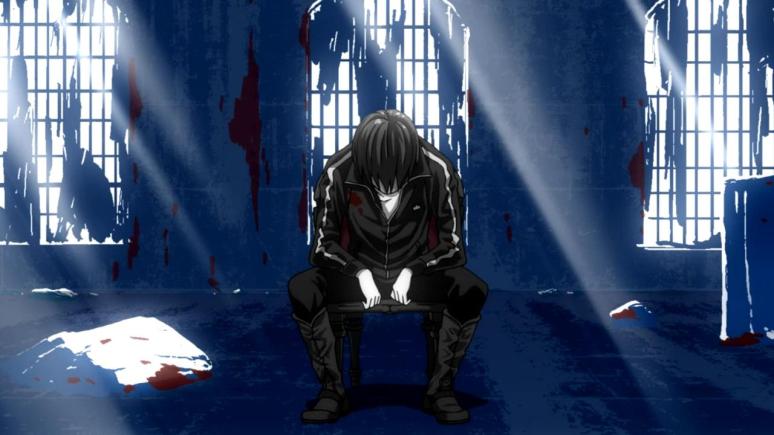 Noragami to me, is just a shounen, but admittedly, a well-written shounen with great thematic focus. Noragami Aragato is another case where the sequel gets even better than the already excellent prequel. It’s interesting because the season started off with an extremely strong arc in Bishamon’s, in which it actually used a plot point introduced in season 1, but magnified to a much larger scale. It’s interesting in the sense that we see the two gods, Bishamon and Yato operated in completely different manners-in short, the arc deals with the theme of relationships between the gods and their Shinki. As good as the Bishamon arc was though, the second major arc in the season felt even more powerful. Particularly, Ebisu brought a lot of interesting elements to the table, for one, he is sort of an anti-hero of the series. But more importantly, Ebisu is pretty much the catalyst for Yato’s character development, in what was arguably the most feels-inducing scene of the anime. Ebisu and Yato barely interacted for just a few episodes this season, but to be able to feel this much emotional impact from that really tells you how good the writing is. Honestly, I would have been fine if the anime ended right then and there without revealing that shitty love triangle (spoilers in the link), but I guess we can see how this would play out in a possible season 3.