Admittedly though, I have been trying to do a “Top 5 Aikatsu songs” for awhile, but it’s just impossible since every damn song is just so good. One guy in my twitter TL found an Aikatsu Sorter link and through that, I have been looking up at the ceiling, and frying every single brain cells of mine contemplating on the best Aikatsu songs — this one particularly hard because the lists will be consecutive (saved though, by the fact that the lists will be divided by seasons). Then I figure, why don’t I just share these lists here? I won’t be saying why I like these songs or stuffs (the post will get too long), but feel free to ask me about my choices in the comment section… if you even Aikatsu. 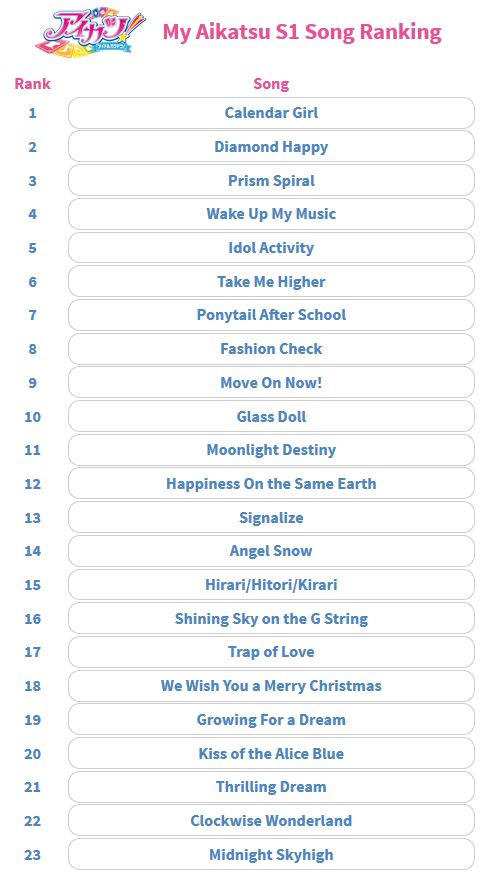 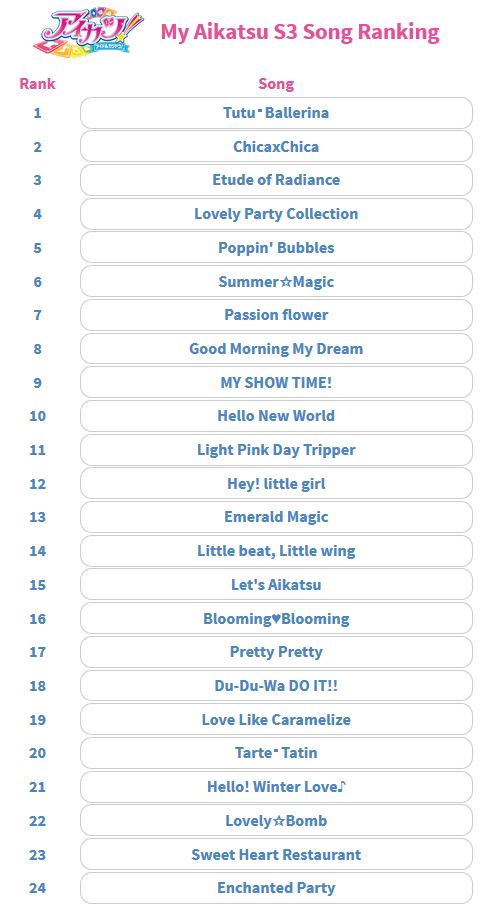 There it is. Before I end this post, I would like to say this again – Aikatsu is fucking good, and it’s music even more so. A lot of appeal from idol anime music comes from fandom engagement and story investments. Obviously, Aikatsu has those too but even without them, these songs as standalone are already pretty good, in fact a lot of them don’t even sound like typical idol song, but professionally-composed Jpop music, it’s THAT good.

Long story short, if you happen to like idol anime, stop whatever you are doing now and watch Aikatsu… and check out it’s god-tier songs.