12 Days of Gintama – Day 6: Gintama’s Method Behind the Madness

So we have already ascertained Gintama is good at both comedy and drama, but Gintama also has this peculiar ability to blend the two extremes — the one finishing touch that no one expected.

Gintama is a series that is interlaced with different layers of shade. On the forefront, Gintama is a wacky episodic comedy show. On the other hand, Gintama is a battle shounen with intense fights and drama. If you watched a moderate amount of the show by now, you might have realized that the show is very cyclical in nature. Comedy episodes and arcs are separated from serious, dramatic arcs — and this cyclical nature worked wonders for the show, predominantly, in keeping itself fresh throughout the entirety of it’s run. 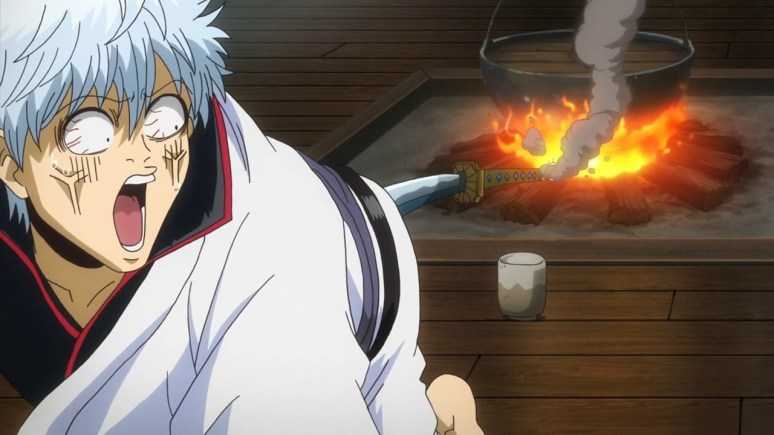 Indeed, no matter how good the comedy is, there is always a point where you might feel burned out, so Gintama mixes in a serious arc or two, and where you also get to see the serious sides of the characters. Too much drama and action can also be exhausting however, so Gintama goes back to it’s comedy, serving as the perfect “downtime” from all the swords and explosions. This is one reason why Gintama has been able to churn out as much content as it did — for nearly 400 episodes, Gintama has been juggling between the two facets on a frequent basis, almost making it looked like it is two different anime at the same time, constantly keeping itself fresh. 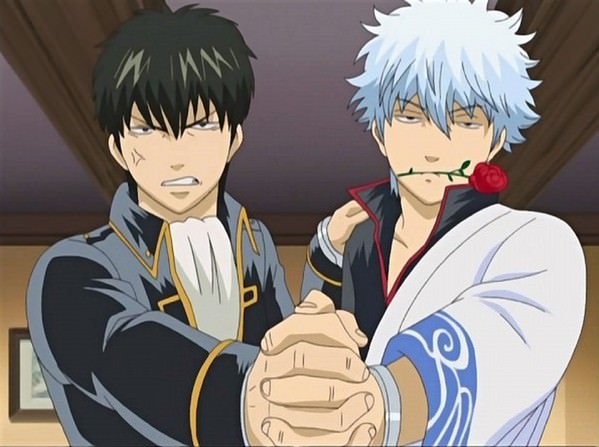 Despite it’s cyclical nature however, it’s not like Gintama is blatantly segregating them either. Flashes of seriousness can be observed at times during comedy episodes while comedy still seeps in during serious arcs, mostly during the beginning to help settle you in as the action and drama builds up. At some point, comedy and drama have intermingled to become two sides of the same coin. They are both vastly different, but at the same time, they are both Gintama.

It even evolved to a point where Gintama can make you smile, laugh maniacally and cry all in the span of one episode. For example, an episode full of toilet and dirty jokes will still somehow managed to deliver a positive, heartfelt message that same episode. Gintama has that uncanny ability to do a complete reversal so smoothly you never even see it coming. While blending comedy and seriousness isn’t anything new, I don’t think there has been any other show that managed to perform that same task to the extent Gintama did. 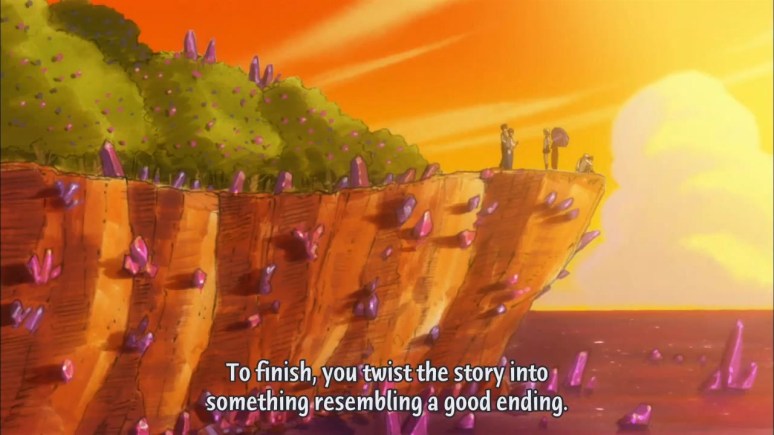 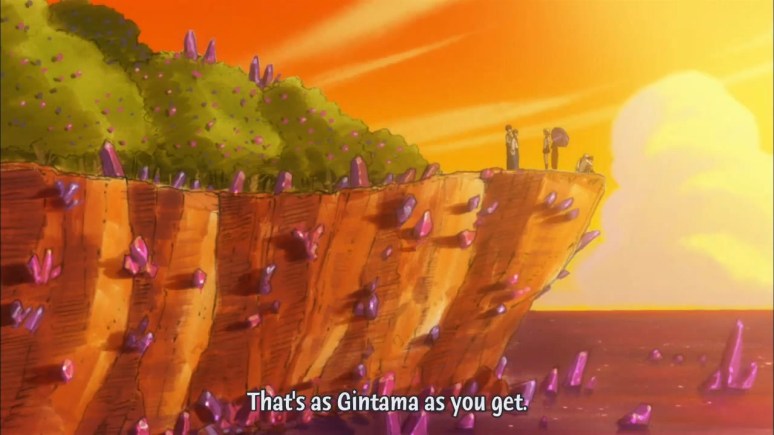 Last but not least, Gintama also benefited heavily from this in the long run too. Aforementioned, at the time of preparing these posts, the manga has already ended. Being able to see a proper ending to something you have been following for so long is always a wonderful feeling, all the more so since Gintama -has- a story.

And whether Gintama is doing humor or battle shounen… it just so happens that it’s pretty damn good at either of them. If you watched Gintama, you probably have laughed and cried with Gintama too — as the show is just so good at entertaining people with it’s wacky comedy, but suddenly does a 180 to heart-wrenching feels before you even realize it.

Indeed, while Gintama may seem like it has no idea what it’s doing half the time, there’s just a certain method to it’s madness that becomes the hidden secret to it’s longevity and success. Wacky humor, riveting drama and intense action with brutal fight sequences — Gintama to me is the most complete anime in existence, as it truly have anything and everything you ever wanted all compacted in one series.

Gintama is truly one of a kind.