Mimizuku to Yoru no Ou Review 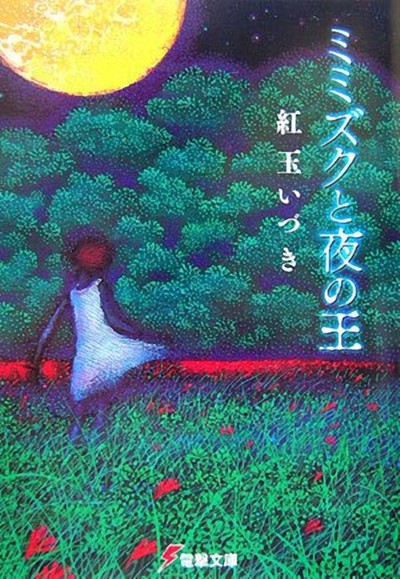 Mimizuku to Yoru no Ou is a light novel by Kougyoku Izuki, a fairy tale about a human and a monster.

Set in a fantasy setting, the story puts you in the shoe of Mimizuku, a small human girl with chains on her wrists and ankles-who’s wandering around in the forest, looking to be devoured by monsters. Trespassing on the territory of King of Night, the king of the monsters however, refused to eat her. With no where to go, Mimizuku decided to stay in the King of Night’s residence for now-and thus the start of a fairy tale between a human and a monster.

The story is largely set in two halves. In the first half, it mostly featured Mimizuku life in the forests, and her interactions between the two other monster characters-Kuro and the King of Night, Fukurou himself-the two names Mimizuku gave them herself. I repeated fairy tale a lot in this review, because this is what exactly it entails-the story gives off a flair of fairy tale, but not without a mix of dark and mystery. The writing is beautiful-it’s nicely simple, concise, but effectively immersive, which really accentuates the intended atmosphere of the story. From the synopsis and the prologue, you understand that the story would be set in a fantasy and magical world, but the writing is really good at portraying that aspect, even if world-building seems minimal at times.

In sacrifice to the world-building, the second half of the story focused more on character and plot resolution-this obviously also sacrifices the magical immersive feeling in return for drama. I don’t particularly mind this as well though, as it gives the ending that much better of a conclusion. The second half also focused on the humans’ point of views (other than Mimizuku’s), and it’s also refreshing to see the other side of the perspective too.

The writing also characterizes Mimizuku well. She started off with broken and abnormal speeches, and it’s really nice to see how she slowly and slowly “humanizes” along the way. Tidbits of her past are also slowly revealed along the first half of the story, in a nice pace where readers can slowly integrate that information with the main plot, until all of her past is revealed. At first, I worried that I won’t empathize with Mimizuku, since just seemingly having a “broken character without substance” isn’t a good way for your character to garner sympathy, but the meticulously pacing of her past revelations do a good job of putting my worries to rest. The other characters are also great, though they act more as catalysts for Mimizuku’s character development, even characters like Fukurou. At the end of the day, Mimizuku to Yoru no Ou is largely a personal story about Mimizuku.

I also love the developing relationships between Mimizuku and Fukurou, I wouldn’t say it’s romantic myself, since I see close to no hints about that, but it’s more platonic and familial-which Kougyoku is also able to portray their relationship endearing all the same. In fact, the relationship between Mimizuku and Fukurou is one of the best non-romantic portrayal I had ever seen in fiction-they just feel naturally genuine together. 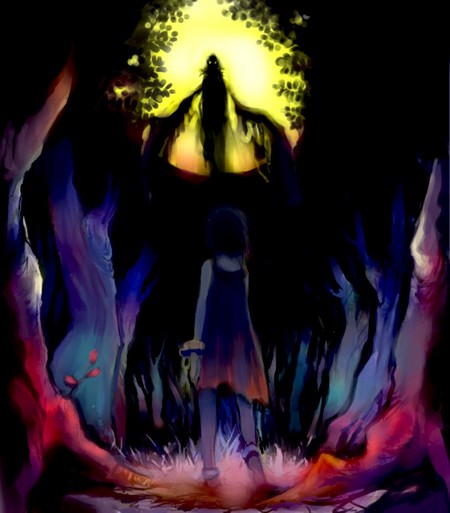 Mimizuku to Yoru no Ou is a nice and sweet fairy tale. The story is especially good at both sweeping you away with it’s magical world, and empathizing with it’s characterizations. It’s a short and concise read as well so it’s a light novel I would definitely recommend.

Note: There are no illustrations, at least in the translated version I read. The pictures you see in this post (other than the cover) are all pictures I googled elsewhere. I’m not sure if there are any illustrations in the Japanese version instead, since that seems like the case with All You Need is Kill, even if there are though, I can’t get any confirmations at all. So I won’t be reviewing/scoring the “artwork” for this (and I will probably copy/paste this note if I were to review similar light novels from now onward), though the cover definitely looks nice though.

5 thoughts on “Mimizuku to Yoru no Ou Review”