Diary of An Anime Lived: K-ON! – Life and Separation

Our lives are always filled with meetings and farewells. When you find someone, and befriended him, or her, your two lives get intertwined and together, a bond is formed. However, “forever” technically doesn’t exist and there always come a time when one must part with his friends. In this world, there are as many greetings, as there are farewells. 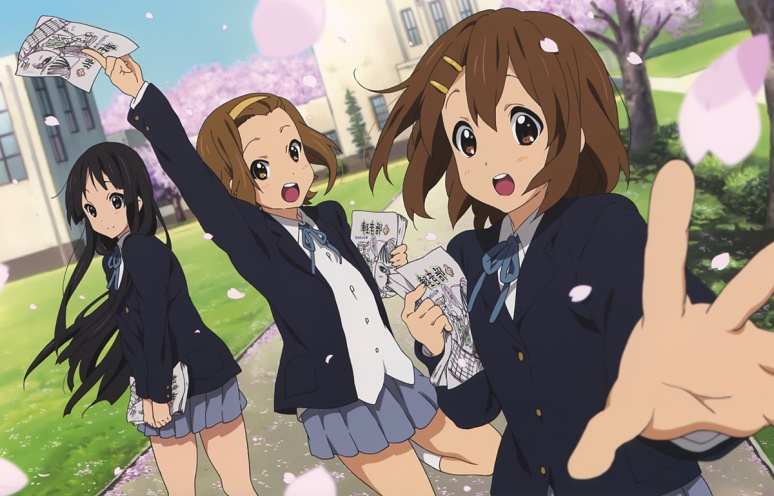 Watching K-ON, I remembered my fun school days. Me and my gang are like the “Little Busters” group. We formed a group, named a leader (I’m not the one sadly), and messed around constantly. Of cause, we are somewhat of good students, though we don’t follow the school rules completely; long nails and hairstyles unfit for school are some examples rules we had broken countless times. It was so fun and memorable when all of us were trying our best to avoid our discipline master, only to shudder in despair after knowing that he was actually teaching in our class.

Likewise with K-ON, in school, our group is constantly filled with bright and energetic days brimming with activities. One time, we were playing xiangqi (Chinese chess), another time we were playing basketball, and as we were quite the otaku too, we even played Yu-Gi-Oh cards. This group of mine, is part of my former anime community so together, we had also watched quite a number of anime; Naruto, One Piece, Bleach, Fate/Stay Night, Death Note, Groove Adventure Rave and so on. We also played a lot of games, and our most memorable and interactive games we played so far are Maple Story and Gunbound. Online games are all about enjoying the game with your friends, and I enjoyed those time when I could play online games with my friends during the long holidays, either grinding in a party in Maple Story or fighting with each other (or teaming against other people) in Gunbound. Such fun-filled days.

My group was obsessed with music like I used to, and we also jam together whenever we have the time. At first, it was just me, picking up the acoustic guitar solo. Then, I taught one of my friend and our musical interests spread like wildfire within the group. Guitars, drums, pianos, we even had someone who could beatbox. For those uninformed, the reason I had long nails was because of my need to use them for guitar plucking. 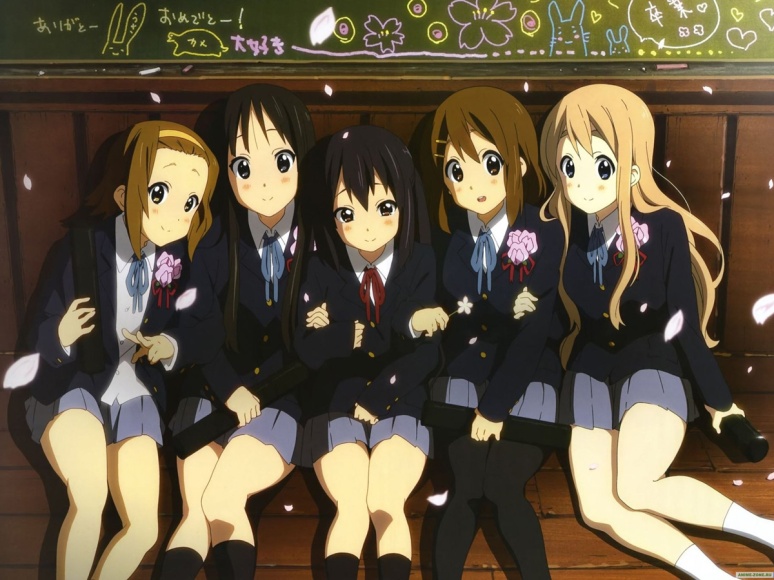 K-ON’s graduation scenes are one of the most relatable events for me. School graduations mark the end of one part of a person’s journey, and a beginning of a new part. All students have different routes they want to proceed with their lives, some wants to work, some wants to continue their studies, and some even went overseas. It’s this part of my life where there are less opportunities to hang out with my friends. Of cause, I still do keep in touch with them, but we could no longer have as much fun messing around as we used to. Time is another issue too as all of us now had different schedules.

During these times, we had farewell parties non-stop. One went to Australia, one went to Malaysia, one went to Taiwan and another one went to Singapore. Our friends are totally separated by now, and only a small portion of my school friends remained here in Brunei. It’s tough, saying goodbyes, but farewells are parts of one’s life as well. Besides, it’s not like this is the last time we see each other. 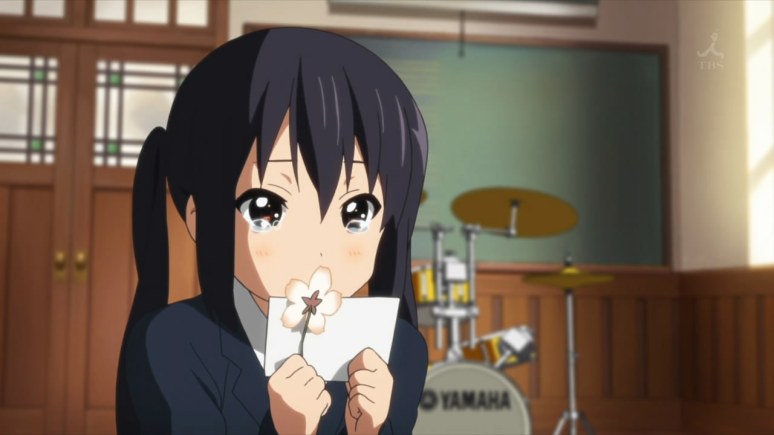 When you’re away from your loved ones, memories become the next best thing, as it is the only thing which still keep you and your friends within distance. Because of that, in times of goodbyes and farewells, it is important to leave behind a memento, a keepsake which will help keep those memories of the precious times you shared with your friends intact. It is indeed heartwarming in K-ON, when Yui gave Azusa a photograph of themselves, and a flower of five petals, representing the five of them. It is a simple, yet powerful gift. That scene remembered all the simple gifts I had received from the past, and while they are not anything special or expensive, the memories and past behind these gifts make them more worthy then any expensive items.

Currently, aside from some rare get-together with my ex-school friends, I also meet up with quite a lot of new people at work. Through here, I discovered my new anime community, but I will never forget the time I had shared with my old, beloved community and friends.

Note: This is my first entry to digibro’s Diary of An Anime Lived project.

7 thoughts on “Diary of An Anime Lived: K-ON! – Life and Separation”